Chicago man 'left for dead' after carjacking near Dan Ryan

A family in Chinatown is reaching out for help after their father was found brutally beaten and "left for dead" after a carjacking last week.

CHICAGO - A family in Chinatown is reaching out for help after their father was found brutally beaten and "left for dead" after a carjacking last week.

Jin Yut Lew remains in a coma and may have permanent brain damage after he was attacked and then discovered on a sidewalk by a street cleaning crew near the Dan Ryan Expressway last Thursday, family said in a GoFundMe online fundraiser.

Police said the 61-year-old was found "incoherent and bleeding from the head" in the 2500 block of South Princeton Avenue. He was hospitalized in critical condition.

Lew’s family was unaware of the attack and reported him missing and his vehicle stolen. Two days later, family discovered he was hospitalized at Stroger Hospital. Detectives then began investigating the attack as a carjacking, police said.

Family said Lew had been struck with a blunt object on his head and face. He was "carjacked, robbed, brutally beaten and left for dead," family said in the fundraiser post. 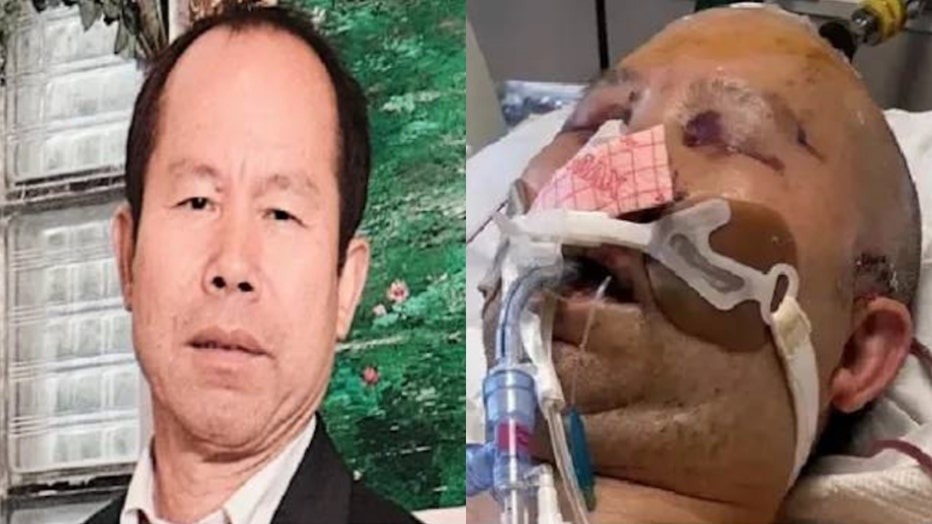 In a statement, a family spokesman said: "Taking personal property is one thing, but now they are being progressively more violent toward victims. This needs to stop. City leaders need to do something about it and find and punish those responsible."

Lew immigrated to the U.S. in the early 1980s and "worked tirelessly since to support his family here and in China," Lew’s sons Richard Lew and Alford Lew said in the online fundraiser.

"As a father, he provided all he could to ensure my brother and I got a good education. In the Chinese restaurant community, he was a well respected head chef who over 40 years gave many new immigrants their first starts and trained them in his kitchen. Many of these colleagues went on to be restaurant leaders across Chicago."

"The road to recovery will be long and we are asking for help to assist with the medical bills, physical therapy, and home care that this tragic incident will incur," family said.

Carjackings have risen dramatically over last year, from 3 to 16, in the Armour Square community area, which stretches from Chinatown to Guaranteed Rate Field, according to public police statistics. In 2020, there were only two reported carjackings in the same area over the same period, from Jan. 1 to April 7.