KNOXVILLE, Tenn. - A Chicago man who is a convicted felon is accused of being in possession of firearms and drug trafficking.

According to a criminal complaint, law enforcement in Tennessee arrested Lewis after an investigation involving monitoring two recent local "gun shows" and executing a search warrant at a Knoxville area apartment.

At the residence, officers seized 20 firearms, several high-capacity magazines, over $32,000 in US currency, approximately 263 grams of heroin, 62 grams of cocaine, a half-pound of ice methamphetamine, and one pound of marijuana.

Among the weapons seized were a fully automatic Glock pistol and two AR-style rifles, police said. 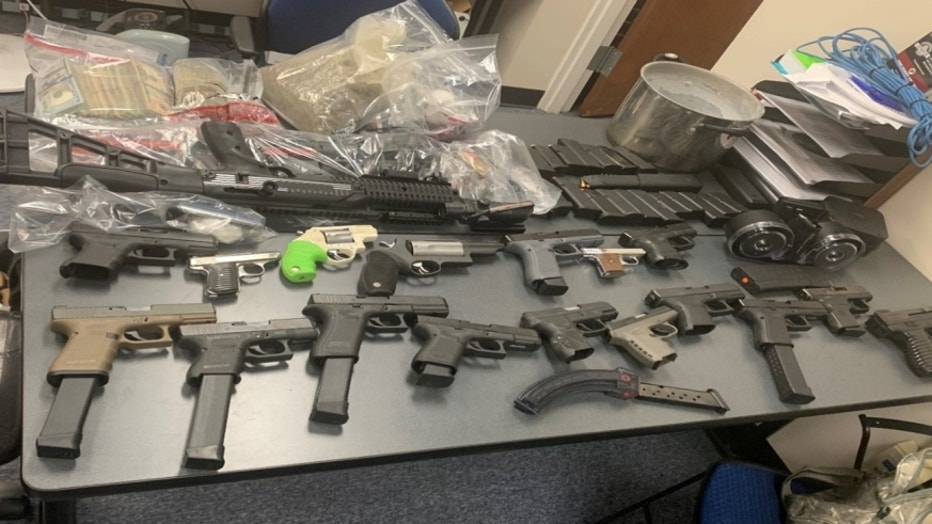 Lewis pleaded not guilty to all charges Thursday in the United States District Court for the Eastern District of Tennessee.

The investigation was conducted in collaboration with the Knoxville Police Department, the Bureau of Alcohol, Tobacco, Firearms, and Explosives (ATF), and the Drug Enforcement Administration (DEA).