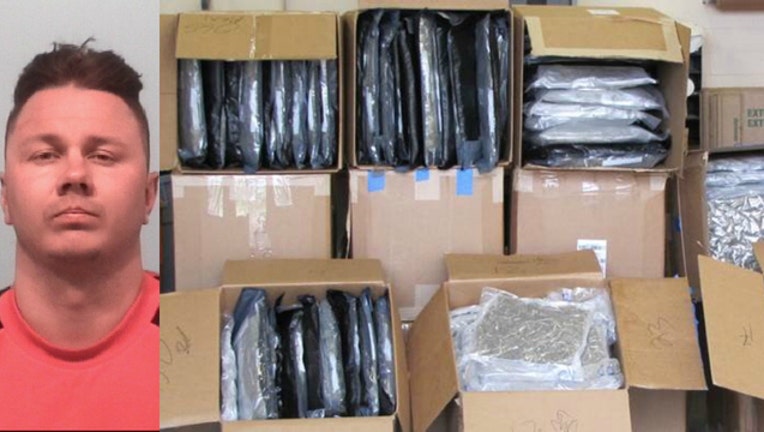 NAPERVILLE (Sun-Times Media Wire) - A Chicago man is behind bars after police found about 500 pounds of marijuana inside a building he owned near west suburban Naperville.

On April 26, the Naperville police Special Operations Group learned that a “large amount of cannabis” was being stored in a building in an unincorporated area just south of Naperville, a statement from police said.

A search warrant was issued and Naperville detectives, along with the Metropolitan Area Narcotics Squad and Will County state’s attorney’s office searched the building and found approximately 500 pounds of cannabis with an estimated street value of over $2 million, police said.

Authorities traced the marijuana back to 28-year-old Dovydas Diburys of Chicago, and learned that he was planning to leave the country within the week, according to police.

He was arrested Monday in Chicago and charged with possession of cannabis with intent to deliver, a Class X felony, and is being held without bond in the Will County Jail, police said.