2 Chicago cops shot after gunman drops weapon in front of them, then opens fire

Chicago police Supt. David Brown held a press conference Friday morning after two officers were shot by a gunman on the West Side as they took a lunch break.

CHICAGO - A 24-year-old Chicago man was charged Saturday with shooting two police officers the day before on the city's West Side.

The two cops were shot early Friday after the gunman — identified as Kailon Harris-Caldwell — accidentally dropped his weapon in front of them, picked it up and started firing, authorities said.

One of the officers was grazed in the face and the other wounded in the leg, police said. They went to Mount Sinai Hospital with injuries not considered life-threatening. 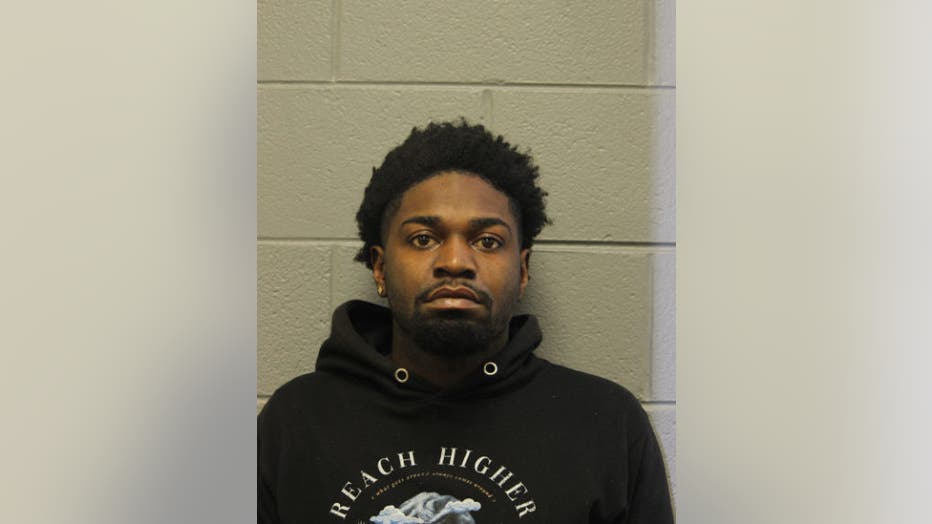 One officer was released within hours and was recovering at home, while the other officer was expected to be hospitalized for "a few days," Police Supt. David Brown told reporters Friday morning.

The shooting happened around 3:30 a.m. at the Original Maxwell Street hot dog stand in the 3800 block of West Harrison Street as Harris-Caldwell and one of the officers waited in line, Brown said.

"The offender had ordered his food and was in line in front of the officer," Brown said. "The offender reached in his pocket to pay for his order, a gun fell out of the offender’s waistband.

"The officer noticed the gun falling out, but before they could take action, the offender grabbed the gun, picked it up and began immediately shooting at the officers," Brown said.

2 Chicago police officers shot on the West Side after gunman drops weapon in front of them, then opens fire

Two Chicago police officers were shot early Friday on the West Side after a gunman accidentally dropped his weapon in front of them, picked it up and started firing, authorities said.

The partner had been sitting in the squad car when the gunman fired at least three times into the car, Brown said. Neither officer returned fire.

Harris-Caldwell ran off but was spotted by an undercover officer who had heard the shots. He and other officers chased Harris-Caldwell through alleys and took him into custody in the 100 block of South Pulaski Road, about half a mile away, police said.

"They (the wounded officers) were really ambushed," Brown said. "When the offender dropped the gun, before they could react, he began shooting, so they had no time to react. They were wounded and the offender fled, and thank God for that undercover officer nearby and officers were running around after this offender before he could escape." 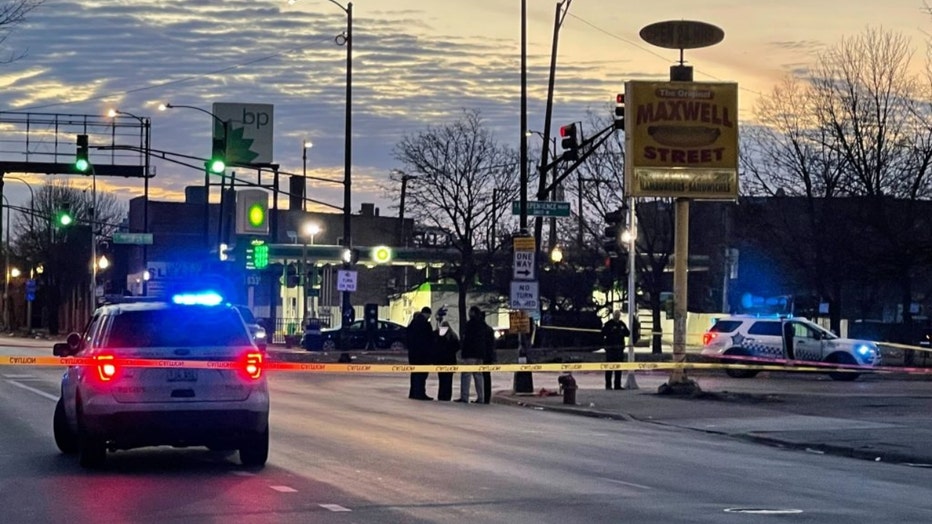 Brown said a gun was found nearby. "We’ve retrieved a gun and detectives are on scene getting as much information, video and witness information as we can," he said.

Harris-Caldwell was found with six bags of suspected cannabis and 26 bags of suspected heroin, according to Cook County Assistant State’s Attorney Michelle Papa. As a result, he was charged with a felony count of possession of a controlled substance and a misdemeanor count of manufacture or delivery of cannabis.

Bail was set at $1 million for Harris-Caldwell with judge Kelly Marie McCarthy saying she couldn’t hold him without bail, as prosecutors requested, because he was hospitalized and didn’t appear in court.

"May the good Lord bless the men and women of the Chicago Police Department. They work tirelessly to risk everything for all of our safety," Brown added. "We should give them a real big ‘thank you’ this morning and please, prayers for them and their families as they go through this process."

Mayor Lori Lightfoot noted in a statement that Friday’s shooting bring to four the number of Chicago police officers who have been shot at or shot this year. "Seventy-six CPD officers (were) shot or shot at in 2021, she said.

CPD Supt. Brown provides an update after 2 police officers were shot on the West Side

Chicago Police Supt. David Brown said one person is in custody after two police officers were shot Friday morning on the West Side.

"To the officers who woke up today to this unnerving news and proceeded to put on their uniforms and report for duty: your heroism cannot be overstated, and your city owes you a tremendous debt of gratitude," the mayor added.

The officer who was grazed received six staples in his head before being released from a hospital, Papa said. The other officer was treated for multiple wounds to his left leg and was discharged from a hospital Saturday night.

The officers would be placed on routine administrative duties for 30 days, officials said in a statement.

Harris-Caldwell has a pending case in Florida related to an armed home invasion in 2018, Papa said. His alleged accomplice was shot by a sheriff’s deputy after opening fire with an assault rifle, according to a local news report.

Before that, Harris-Caldwell was convicted of drunken driving in South Bend, Indiana, and jailed for 30 days.

An assistant public defender declined to present mitigating evidence supporting Harris-Caldwell after a police officer testified that he was hospitalized for "back problems."

Judge McCarthy said she couldn’t consider Papa’s request to deny Harris-Caldwell bail because he wasn’t present, though she noted the same request could be made at his next court date on Tuesday.