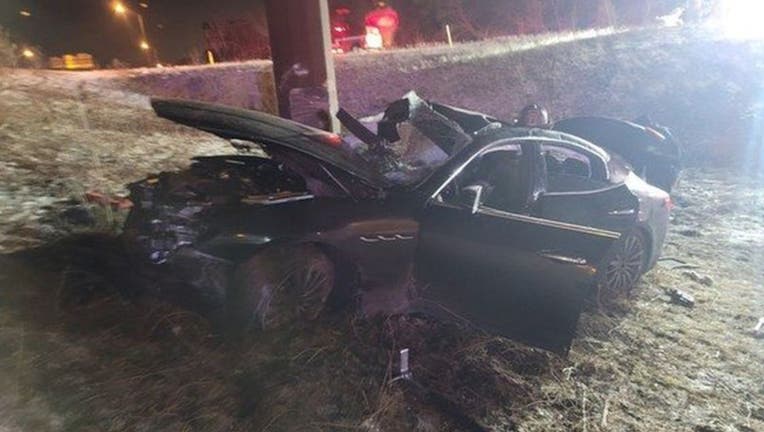 CHICAGO - A Chicago man was killed and two others seriously hurt after the stolen car they were in crashed Monday on Interstate 65 in northwest Indiana.

Walter A. Allen, 28, died after the Maserati Ghibili he was driving entered a ditch and went airborne into a utility pole, Indiana State Police said in a statement.

Allen was pronounced dead on scene, while two male passengers, 31 and 32, were hospitalized in serious condition, police said.

The Maserati they were in was reported stolen from Chicago in December 2019, state police said.

Troopers found two Glock 9mm handguns inside the car, police said. One of the guns was reported stolen in Georgia.

The investigation was ongoing.