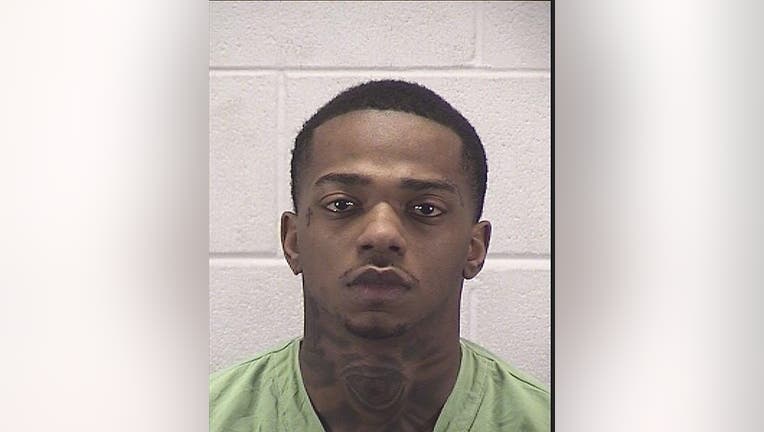 Kevon Bonner, of Chicago, was charged with two counts of reckless homicide, possession of a stolen vehicle and three aggravated weapons charges, along with possession of a firearm and leaving the scene of an accident, Aurora police said in a statement.

About 9:30 p.m. Jan. 23, officers responded to a call of people with guns in an apartment in the 1200 block of Conventry Place, police said. When officers arrived, a white Dodge Charger fled from the scene.

Police chased the stolen vehicle to North Ohio Street and East Indian Trail after it crashed into a minivan, police said.

A passenger in the Dodge was killed in the crash and pronounced dead on the scene, police said. Another passenger was transported to a local hospital, where he died shortly after.

Bonner, the driver of the Dodge, left the scene of the crash, and officers found him hiding in the yard of a home nearby with several rifle cartridges in his pocket, police said. A loaded Glock pistol was also found on the path where he ran.

During the investigation, officers found the Dodge had been reported stolen in December from Lansing, Illinois, police said. A search of the car turned up a rifle with a loaded drum magazine and two more Glock pistols.

Bonner is being held at the Kane County Adult Justice Center on $250,000 bond, court records show.

He is due back in court Wednesday.