ORLAND PARK, Ill. - A Chicago man who was on federal probation has been charged with stealing items from vehicles in Orland Park.

At about 1:35 p.m. Sunday, Orland Park police officers responded to a vehicle burglary that occurred in the parking lot of Orland Square Mall.

The victim told officers that an unknown man entered his vehicle and removed a purse. After taking the purse, the suspect fled in a silver colored Volkswagen, police said. 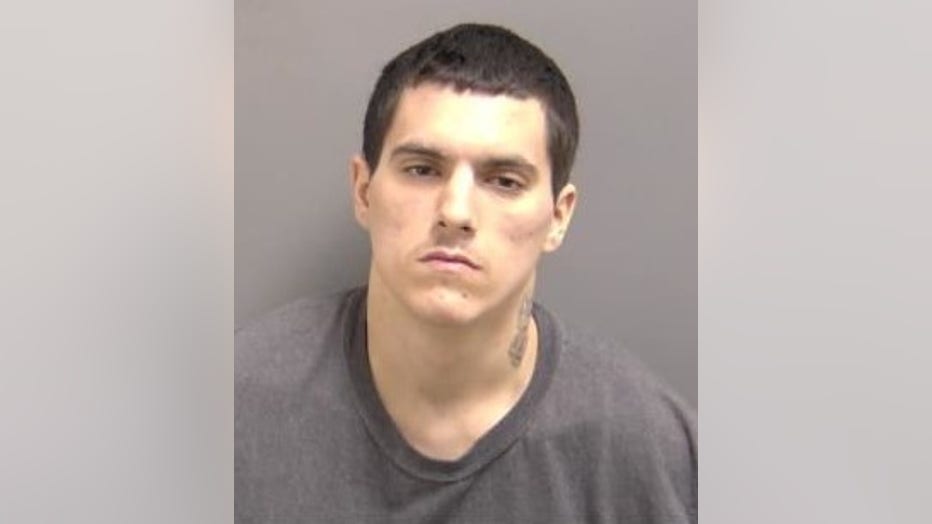 The vehicle was stopped in traffic, and the driver was identified as Erik Baez, 21, of Chicago.

While investigating the burglary, authorities were contacted by another victim who reported that a phone was taken from his car while it was left unattended and unlocked.

Officers said they located the phone inside Baez's vehicle.

Baez was charged with two counts of burglary from a motor vehicle.

He appeared at a bond hearing Monday, where a judge set bond at $10,000 for each offense.

His next court date is scheduled for Jan. 27.

Baez was on federal probation/supervised release as a result from a United States Secret Service arrest when both felonies were committed, authorities said.