NAPERVILLE, Ill. - A Chicago man was taken into custody on Thursday for allegedly being in possession of a stolen vehicle and having a loaded Glock pistol on him when he was arrested.

Around 4:41 a.m., Naperville police responded to the 1600 block of Westminister Drive for a report of a stolen Dodge Durango.

Officers were able to locate the stolen Dodge at a gas station on Route 59 near I-88 in Naperville, officials said.

As an officer approached the Dodge, 20-year-old Frank Whitefield Jr. and an unidentified individual allegedly exited the Durango and fled on foot.

After a brief pursuit, officials say Whitefield was captured and found to be in possession of a loaded .45 caliber Glock pistol with one round in the chamber, an extended magazine and a laser attachment.

"The crimes alleged in this case will not be tolerated in DuPage County and anyone suspected of such behavior will be quickly apprehended and find themselves facing serious charges which will be aggressively prosecuted," said DuPage County State’s Attorney Robert B. Berlin. 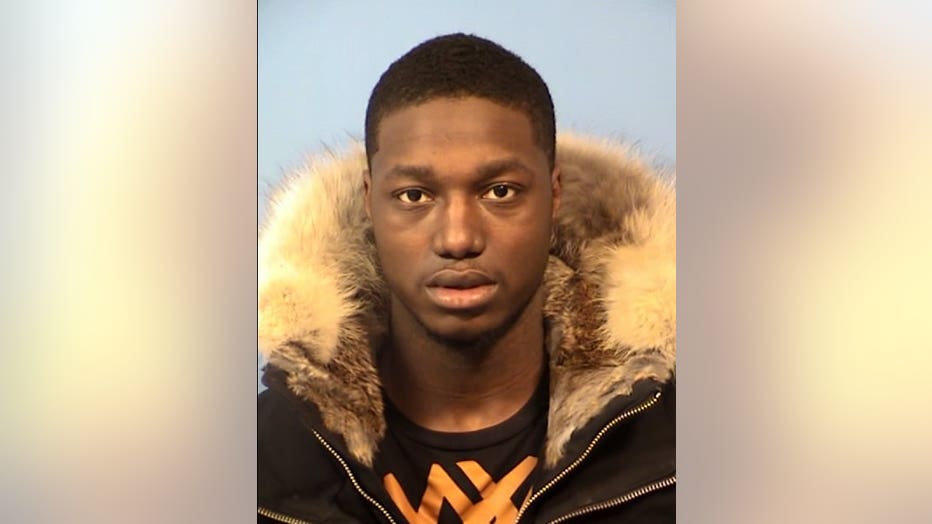 Whitefield has been charged with possession of a stolen motor vehicle, aggravated unlawful use of a weapon, and possession of burglary tools. His bond was set at $250,000.