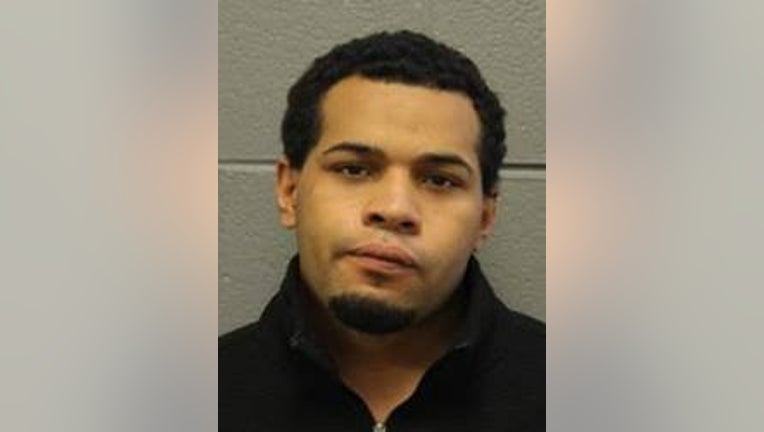 CHICAGO - A Chicago man has been charged with striking the driver of the vehicle he was in with an object and stealing money from his pocket last July.

Abdiel Rosario-Vidal, 26, has been charged with aggravated armed robbery.

At about 2 p.m. on July 3, 2021, Illinois State Police District Chicago responded to investigate an armed robbery that occurred the previous day on I-55 northbound at Pulaski Road.

Rosario-Vidal, who was a passenger in a vehicle, allegedly struck the driver of the vehicle with an object. The driver pulled over to the right shoulder, and Rosario-Vidal allegedly exited the vehicle and fled the scene on foot with money he took from the driver's pocket.

The driver was taken to a local hospital with non-life-threatening injuries.

After an investigation into this incident, an arrest warrant was executed for Roasario-Vidal.

He was taken into custody Thursday from a residence in Chicago.

Rosario-Vidal remains in custody at the Cook County Jail as he awaits his bond hearing.