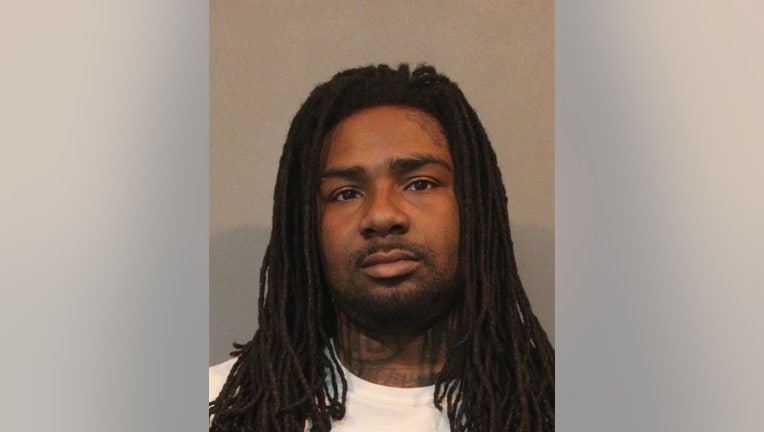 GARY, Ind. - A Chicago man is accused of fleeing from police in a vehicle in Gary, Indiana Tuesday.

When the officer attempted to make a traffic stop, the vehicle accelerated in an attempt to flee, authorities said.

The driver then allegedly disregarded several stop signs, then headed eastbound on Ridge Road and merged onto Interstate 65.

The vehicle continued to flee westbound on I-80/94, passing Grant Street, authorities said.

The motorist then drove onto the shoulder and ran over the stop sticks, which resulted in a deflated front tire.

The vehicle continued to flee westbound into Illinois onto northbound Torrence Avenue.

An officer then performed a Precision Immobilization Technique (PIT) maneuver, which caused the vehicle to come to a stop near a home in the 2900 block of 173rd Place in Lansing.

The suspect exited the vehicle and then fled on foot.

Officers pursued the suspect, and jumped over a fence in an attempt to apprehend him, authorities said.

One officer said he saw the suspect toss a firearm in the air.

Officers then deployed a taser on the suspect.

A loaded handgun and loaded magazine were located near the scene, police said.

Isaiah Bradley, 25, of Chicago, was placed into custody and transported to a hospital, where he was medically cleared.

Bradley is being held at the Lake County Jail.