CHICAGO - A Chicago man with pending gun cases was arrested earlier this month after carjacking a driver at gunpoint, and later told police that he murdered another robbery victim, according to a local report.

Julius Flowers, 23, and Isaiah Walker, 22, were both ordered to be held without bail in connection to a carjacking in West Rogers Park on the city’s North Side around 6 a.m. on Dec. 1, CWB Chicago reported.

Assistant State’s Attorney Morgan Muslin said that a gunman was wearing a ski mask when he walked up to the 47-year-old victim’s car, opened the driver-side door and brandished a handgun with extended ammunition, according to the report.

The gunman ordered the victim to "get out of the f------ car," Muslin said. When the victim struggled with his seatbelt, authorities said the gunman pulled him out and struck him in the head.

Prosecutors said Walker, who was on parole for a previous gun conviction, was later identified as the gunman from a tattoo above his right eye that he failed to cover with the ski mask. 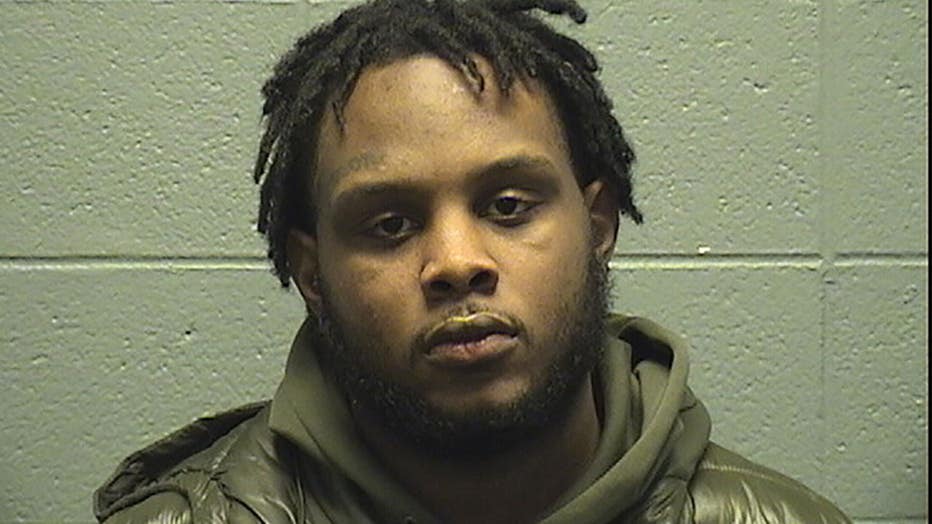 Isaiah Walker, 22, was charged in connection to a carjacking in West Rogers Park earlier this month. (Cook County Sheriff's Office)

Flowers allegedly drove up in another car and told the Walker to also take the victim’s cell phone. Muslin said that Flowers did not have his face covered during the incident.

Authorities found the victim’s car about 30 minutes after the carjacking, and later determined that two fingerprints on the driver’s door matched Flowers’, the station reported. No arrests were made at the time.

A week later, troopers attempted to pull over a stolen car that was spotted on the Dan Ryan Expressway, the report said. The vehicle sped away and later crashed on the West Side.

Muslin said that Flowers was driving the vehicle and Walker was the passenger. When the pair fled from the car, Walker dropped a loaded handgun. Authorities arrested both men.

Prosecutors said that Flowers told police during a recorded interview that he shot and killed a victim in a previous robbery, the report said. So far, Flowers has not been charged in any such incident. 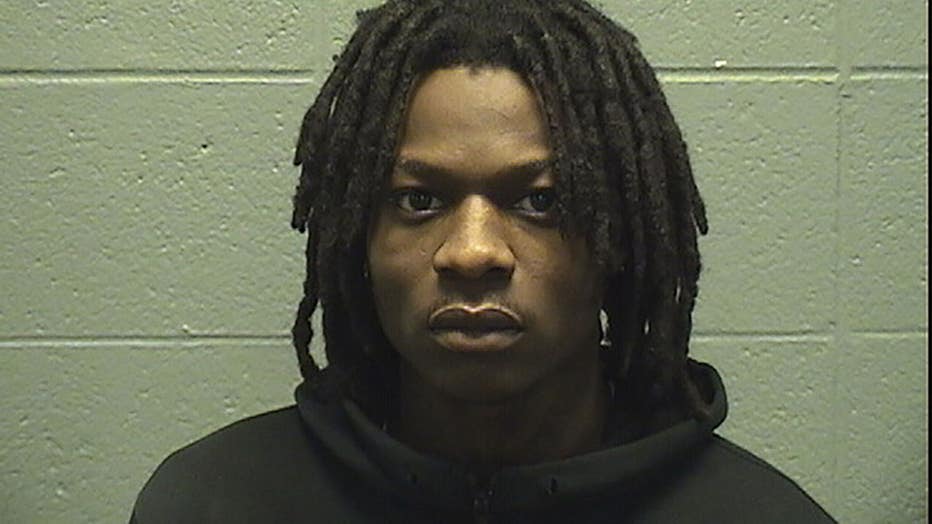 Julius Flowers, 23, was charged in connection to a carjacking in West Rogers Park earlier this month. Flowers reportedly told police that he shot and killed a victim in a previous robbery. He has not yet been charged in any such incident. (Cook Count

Flowers, who has two gun cases pending in Lake County, was charged with vehicular hijacking, armed robbery with a firearm, and robbery.

Walker was charged with vehicular hijacking and unlawful use of a weapon by a felon.