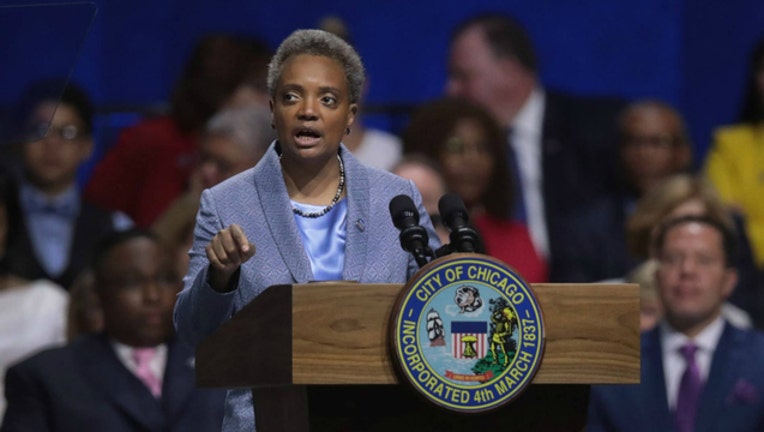 CHICAGO (AP) - Newly installed Chicago Mayor Lori Lightfoot moved to enact a reform pledge she made during her campaign.

Lightfoot signed an executive order Monday afternoon limiting aldermanic prerogative. That's the custom that allows each alderman to direct zoning and period decisions in the ward the politician represents.

During the signing ceremony following her swearing in, Lightfoot said signing the order ensures equitable services are delivered to all of the city's communities. The order streamlines administrative decisions made by eliminating the aldermanic veto while preserving aldermanic voice in departmental decisions.

Lightfoot's stance has drawn criticism from some longtime aldermen, with one, Anthony Beale, accusing her of painting the City Council with a broad brush.

Lightfoot joked during her inaugural address that "putting Chicago government and integrity in the same sentence may seem a little strange." But she said she was elected on the promise of change and she planned to deliver.