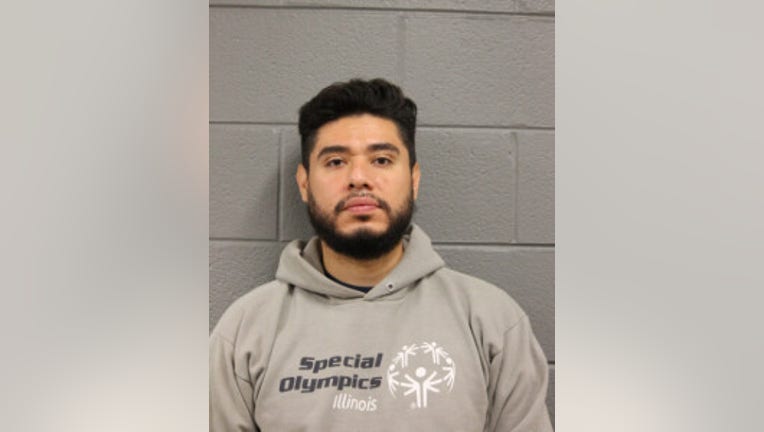 CHICAGO - A judge on Thursday kept in place a no-bail order for a Chicago Park District employee who allegedly was caught on camera sexually assaulting a woman with special needs whom he knew from his job.

Ernesto Alonso allegedly assaulted the woman Aug. 3 at the home she shares with her mother, who had cameras installed after becoming suspicious of Alonso, Cook County prosecutors said Thursday.

A park district spokesman said Thursday that Alonso is on an “emergency suspension” from his job, pending the outcome of an investigation.

In the video, Alonso is heard telling the woman to take a shower after the assault, and she can be heard calling him “Ernie,” prosecutors said.

The judge and prosecutors noted that the woman’s attacker can be seen wearing a park district shirt in the video.

After seeing footage of the attack, the woman’s mother took her to Saint Anthony Hospital, and the woman told a nurse about the assault.

According to prosecutors, a recent evaluation determined the woman’s mental capacity to be that of a 3-year-old.

Alonso worked as a coach in a special recreation program at Harrison Park run by the park district as part of the Special Olympics, prosecutors said. The woman has attended the program for many years.

On Fridays, employees, including Alonso, visited participants’ homes and left gifts outside for them. On one occasion, Alonso entered the woman’s apartment when her mother wasn’t home, and that prompted the mother to install the cameras, prosecutors said.