Even with another run of hot weather moving in, many Chicagoans are going to have to wait awhile longer to jump into a pool.

CHICAGO - With nearly half of its lifeguard jobs still unfilled, the Chicago Park District will limit access to no-swimming-allowed portions of North Avenue Beach and Calumet Beach to divert enough lifeguards to open 37 neighborhood pools on July 5.

Last week, Park District officials assured a joint City Council committee that some of its shuttered pools would be open on July 5. But Chief Program Officer Daphne Johnson said the precise numbers and locations depend on how many lifeguards are hired and trained before then.

The answer to the question Chicago alderpersons and their sweltering constituents have been asking came Tuesday, with the media spotlight diverted to election coverage.

With only 55% of the "targeted number of qualified seasonal lifeguards" having "successfully completed the hiring process," the Park District will be able to open only 22 of its 49 outdoor pools and 15 of its 28 indoor pools.

And even that shrunken pool presence will require the Park District to "limit access to small, underutilized portions" of North Avenue Beach just south of Fullerton; close a "small beach" at Calumet Park just north of the Coast Guard Station; and prohibit swimming at 12th Street Beach "due to ongoing construction." 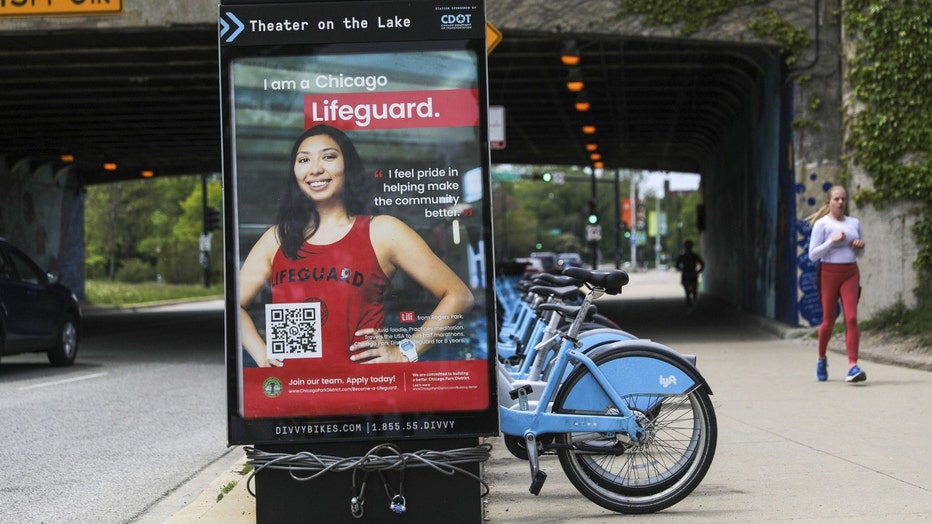 An advertisement to apply to be a lifeguard at Fullerton Avenue and DuSable Lake Shore Drive in Chicago on May 24, 2022. (Jose M. Osorio/Chicago Tribune/Tribune News Service via Getty Images / Getty Images)

That beach retrenchment — as Chicago police officers have struggled to control rowdy parties at North Avenue beach that triggered a recent shooting and nearly a dozen gun-related arrests — will pave the way for up to 25 lifeguards to be reassigned to pools in neighborhoods.

Most of the pools will be open 11 a.m. to 7 p.m., five days a week. Specific days will be "determined by park hours and capacity."

The Park District manages 49 outdoor pools and 28 indoor pools and works with Chicago Public Schools to operate school pools for community use in neighborhoods without a park pool.

Efforts to open those pools have been hampered by a nationwide shortage of lifeguards and exacerbated locally by what critics called the Park District’s painfully slow response to the sexual harassment and abuse of lifeguards at the city’s pools and beaches.

Under fire from City Council members for keeping lakefront beaches open and neighborhood pools closed, the Park District waived its residency requirement for lifeguards, offered applicants a $600 bonus and offered a $500 bonus for "referrals."

With only 55% of seasonal vacancies filled, Park District Supt. Rosa Escareno reassigned the limited workforce to serve residents of South and West side neighborhoods far from the lakefront. 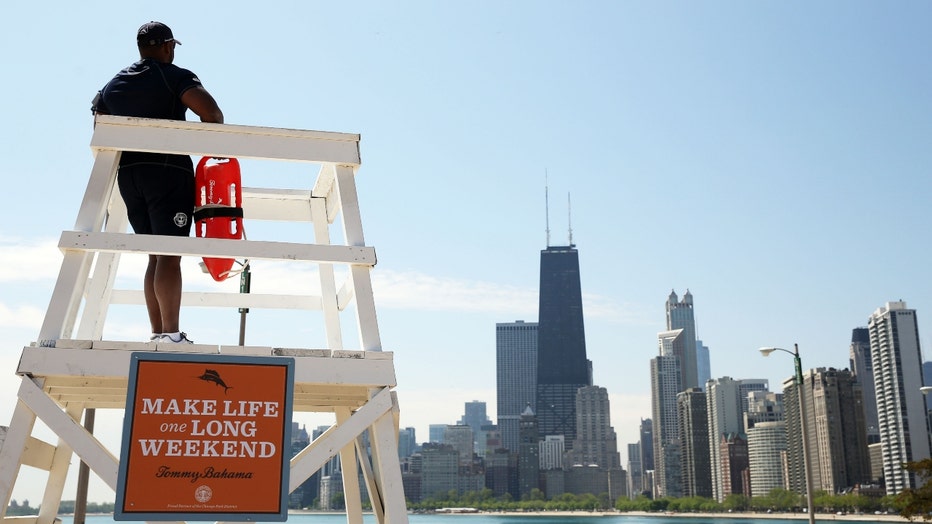 "Despite the many challenges we’ve faced hiring lifeguards, including the national shortage, we have not given up and remain committed to a pool opening plan rooted in safety first," Escareno said in a news release.

This plan allows us to maximize our limited workforce to open as many pools as possible so that families across the city have access to and can enjoy neighborhoods pools this summer as well as the beaches."

Ald. Michele Smith (43rd) said the North Avenue beach reassignments will have "no impact" on that portion of the beach where swimming is allowed.

"There’s no swimming at Fullerton. However, in the past, the Park District has stationed lifeguards there," Smith said.

As for recent fights at North Avenue beach, Smith said there has been a "considerable quieting down" after nearly a dozen gun arrests. 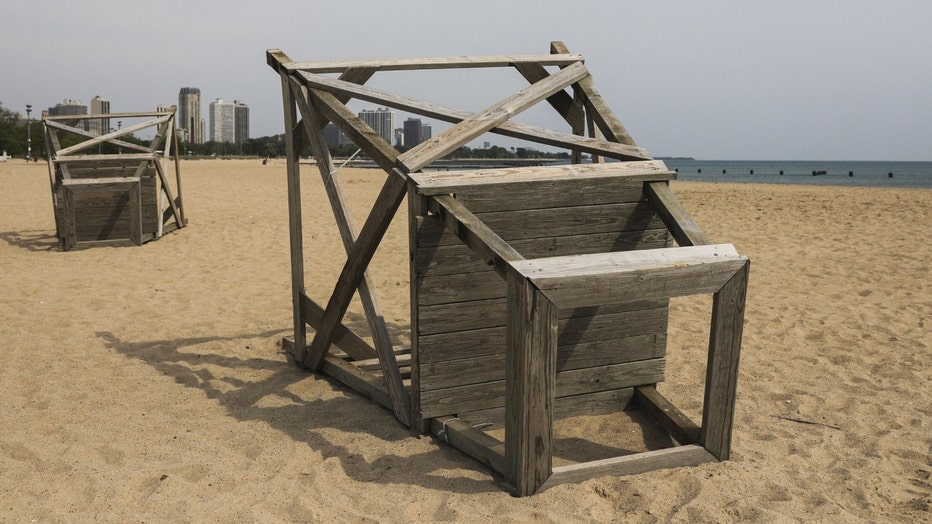 "I was out at the beach several times this beautiful weekend and there were no problems — just like it usually is," she said.

"So, I’m very hopeful that we have seen the troubles we had earlier — that they will be behind us."

During last week’s hearing, South Side Ald. Jeanette Taylor (20th) didn’t buy the argument that a nationwide shortage is the primary factor hampering efforts to open those pools.

She laid most of the blame on the Park District’s mishandling of the lifeguard scandal.

On Tuesday, Escareno said she "understands the frustration" Chicagoans feel about seeing their neighborhood pools padlocked while temperatures rise, prompting a potentially dangerous surge in fire hydrant openings as kids seek relief from the heat.

But even offering the "equivalent of $17.08 an hour" to lifeguards, including the $600 bonus, was not enough to attract the full complement of lifeguards in the middle of what she called a "post-pandemic" labor shortage, she said.

"The national lifeguard shortage and the Great Resignation have impacted our ability to hire employees," Escareno said.

"Even with the unprecedented incentives we’re offering, the competitive job market makes it difficult for us to go against local businesses paying youth summer wages ranging between $18 and $20 an hour."

A full list of pools opening on July 5 and the hours of operation can be accessed at the Chicago Park District’s website.