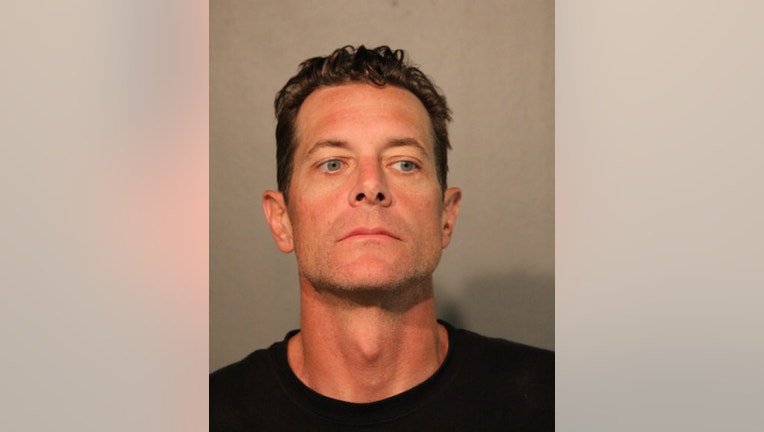 CHICAGO - A party bus driver is facing several charges after sideswiping over a dozen cars Saturday afternoon in the Lake View East neighborhood.

Gregory Baldwin, 45, is accused of driving south on North Broadway around 3 p.m. when he started striking cars with the party bus, according to Chicago police.

Video taken by a witness shows the Black Label Party Bus heading straight for the witness' car with no attempt to avoid a collision. Then the party bus swerves through the crowded street and slams into several cars on camera.

The party bus was pulled over near Recreation and Lake Shore drives, and Baldwin was taken into custody.

No one was hurt in the crashes.

He was charged with criminal damage to government property less than $500, reckless driving, leaving the scene of a crash, failure to reduce speed and disregarding traffic signals.

WARNING: GRAPHIC LANGUAGE. Watch as a party bus hits multiple cars in Chicago's Lake View East neighborhood. Police say about 13 cars were damaged and the driver was taken into custody.