City officials like Mayor Lori Lightfoot and Interim Police Chief Charlie Beck say they want to make the CTA safer and there are plans in the works.

CHICAGO - Chicago is fighting a spike of violent crimes on the CTA.

Just this week, there was a shooting on the Blue Line and a stabbing on the Red Line.

But now, police say they have a plan to stop it.

There are over 30,000 cameras that the CTA has operating combined with the bus and rail system. City officials like Mayor Lori Lightfoot and Interim Police Chief Charlie Beck say they want to make the CTA safer and there are plans in the works.

“We will use those cameras. We will make sure that people that target victims are charged to the fullest extent,” Beck said. 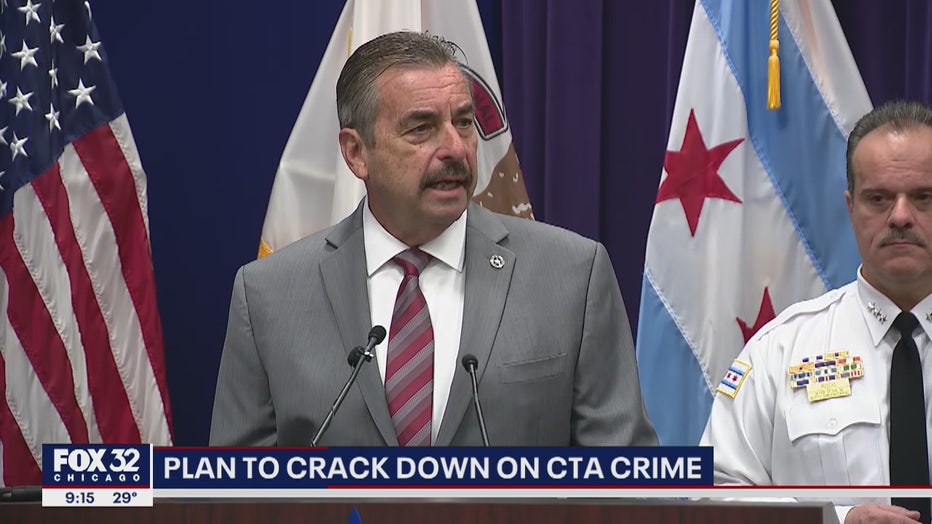 Wednesday's shooting is just one example in a surge of criminal activity on the CTA over the last three years. On the Blue Line at the UIC stop, a man was shot after he exchanged words over the victim’s book bag. Surveillance cameras produced images of the suspect, who was 31-year-old Patrick Waldon. He is now charged.

Not even 24 hours before that, there was another crime. It happened Tuesday when a street musician was hospitalized after being stabbed as he played on the Red Line platform at Jackson. A woman was arrested and charged for that attack. The musician is recovering, but riders are still uneasy.

“The later it gets, the more questionable it can get. There are less people around,” said Harrison Cho.

And it doesn't matter what time of day it is. Crimes like assault and armed robbery have increased since last year.

The union representing CTA workers is demanding more police and more security, too.

"Our members have been attacked, and they've been put in a position they have to defend themselves. So they're very concerned about their safety,” said ATU President Kenneth Franklin.

Beck says CPD will come up with a police plan with CTA.

“We scheduled a meeting for tomorrow with CTA to look at deployment. I contacted some other cities across the nation to see what their rapid transit looks like, to make comparisons and look at the crime patters. I think we will be able to put some more resources there,” Beck said.

He says when you look at the numbers compared to other cities, overall, public transportation in Chicago is safe.