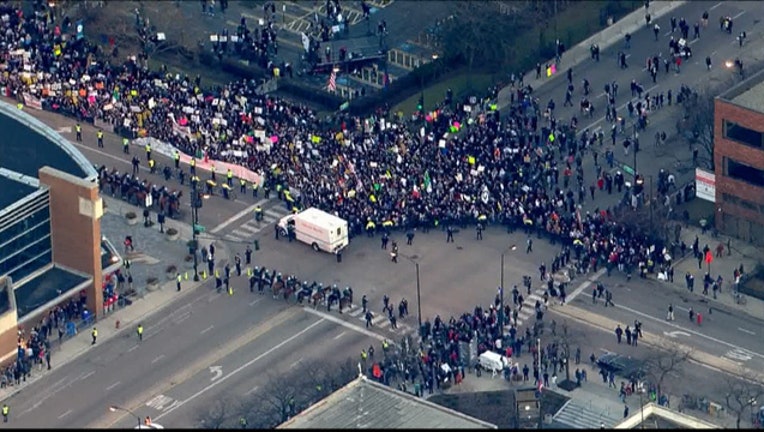 Police say the two officers were taken to a hospital for treatment and released. No other details about their injuries were available. Police say no other injuries were reported at the event Friday night.

Police say five people were arrested at the event, but the charges have not yet been released. CBS News says one of its reporters has been charged with resisting arrest.

Reporter Sopan Deb was on the floor of the arena on the campus of the University of Illinois at Chicago and interviewed Trump supporters and protesters. He also was taking video of the scene outside of the arena.