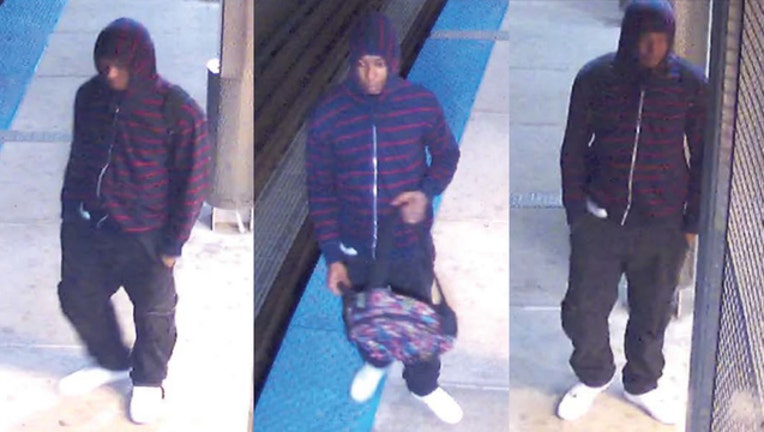 CHICAGO (Sun-Times Media Wire) - Chicago Police released surveillance photos Wednesday of the suspect who robbed a female at gunpoint earlier this month at a Pink Line station in the North Lawndale neighborhood on the West Side.

The victim was waiting on the Kedzie Pink Line station platform at 1944 S. Kedzie Ave. at 8:45 p.m. on April 3 when the suspect walked up, pulled out a handgun and forcefully took her property, according to the community alert from Area Central detectives.