Members of CPD traveled to Camp Lejeune late last month to hold the inaugural event in an effort to recruit "compassionate, qualified Marines" to join the Chicago police force.

In all, 20 Marines signed on during the first visit after an entrance exam, drug test, fingerprinting and answering a mandatory questionnaire. The hiring process was streamlined for the event so recruits could complete the process in three days instead of multiple months.

"We are overwhelmed at the success of the inaugural recruitment trip," said Rick Simon, Chairman of the Chicago Police Foundation who led the delegation to Camp Lejeune. "Our Department deserves the best in class, and the Marines at Camp Lejeune exemplify the quality and characteristics of the finest Chicago Police Department officers."

The CPF plans on holding its next recruiting event with the Marine Corps in late May at Camp Pendleton in California.

"Given the relationship between the Chicago Police Department and the USMC, this will be an ongoing program in Camp Lejeune and other Marine bases," said Deputy Chief Bulnes. 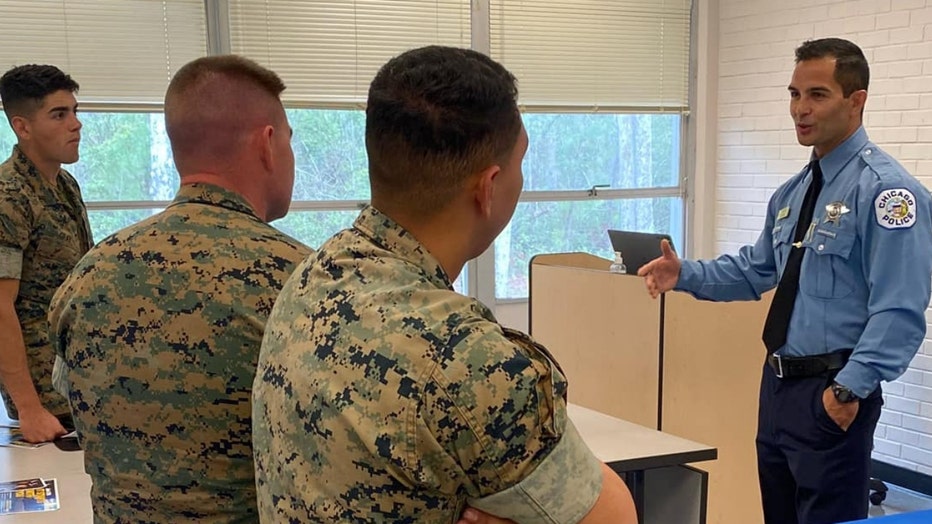 The CPF said it has a goal of generating more than 200 qualified candidates for the Chicago Police Department each year.

"These efforts are essential to building a more diverse police department reflective of the entire city, while keeping and growing trust, strengthening our Department, and making our city safe," added Ahern.