CHICAGO - Chicago police are asking for the public’s help in identifying a man accused of robbing another man on a CTA Red Line platform.

On Oct. 11 shortly before 11 p.m., the suspect allegedly approached the victim at the Clark & Division CTA Red Line platform. Police say he then grabbed the victim by his shirt, demanded money and choked the victim until he complied.

The suspect is described as a African American male, wearing a white Blackhawks jersey with #50 on the back, gray camouflage pants and white gym shoes. 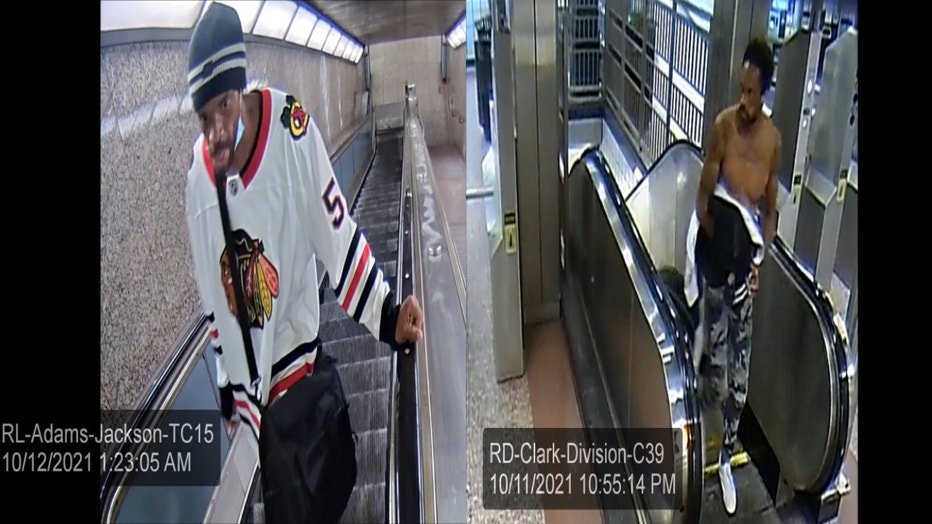 Anyone with information on this crime is asked to contact Bureau of Detectives – Mass Transit at 312-745-4443. Anonymous tips can be submitted to CPDtip.com.