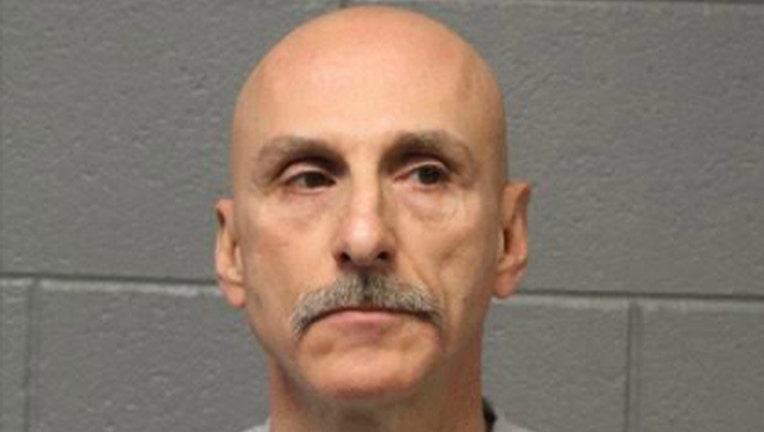 CHICAGO (SUN TIMES MEDIA WIRE) - A motorist walked toward the pickup Charles Ostrowski and Dominic Dimaggio were riding in and got into a shooting stance.

“I turned the wheel to the left and hit the gas pedal,” Ostrowski testified on Tuesday, the first day of the bench trial of the accused gunman, off-duty Chicago Police Officer John Gorman, the Sun-Times is reporting.

Gorman, 54, was charged with aggravated discharge of a firearm.

Ostrowski and Dominic Dimaggio, then an off-duty Merrionette Park police officer, escaped injury even though Cook County prosecutors said Gorman fired his weapon five times that day on Nov. 23, 2014. One bullet left a hole in the rear bumper of the pickup, prosecutors said.

Earlier that afternoon, Ostrowski, then a part-time suburban firefighter, said he was behind the wheel when he saw a champagne-colored Buick erratically weaving in and out of traffic at a high rate of speed at 111th and Pulaski.

Ostrowski told Judge James Linn he saw the driver sitting “crooked and askew” as he followed and saw the car nearly hit a flower vendor.

Gorman didn’t roll down his window and drove off when the light turned green, Ostrowski said.

Dimaggio returned to the pickup and called 911 as Ostrowski tailed Gorman until he stopped at Prospect and Pryor on the Southwest Side.

Ostrowski said he pulled over three to four car lengths away.

Gorman got out of his car with a pistol at his side, Ostrowksi said. When Gorman reached the back of the car, he raised his arms and pointed the gun toward the pickup, Ostrowski said.

Gorman’s attorney, Michael Clancy, said that Ostrowski was chasing his client in a very large off-road type of vehicle before Dimaggio started knocking on his car window and swearing. The defense attorney also said Ostrowski drove toward Gorman when he said he saw the gun, went around the Buick and drove away. Neither man in the pickup saw Gorman fire, Clancy told the Sun-Times outside court, calling the incident “road rage.”

Gorman, now on desk duty, turned over his .380-caliber Ruger after the incident.

He initially refused to take a Breathalyzer test. More than five hours later, Internal Affairs investigators required him to do so. Gorman’s blood-alcohol content was 0.07, just under the legal limit for driving, and he was charged with a misdemeanor for driving under the influence.

Dimaggio resigned from the Merrionette Park Police Department last year, according to records.