Chicago police shoot and kill man they say had a knife

Chicago Police said that Turell Brown, 28, was armed with a knife. He was shot and killed by a Chicago police officer.

About 10:55 a.m., officers responded to a domestic disturbance in the 6500 block of South Harvard Avenue, and encountered a 28-year-old man who was armed with a knife, police said. An officer shot the man, who was later pronounced dead.

He was identified as Turell Brown by the Cook County medical examiner’s office.

The officer will be placed on routine administrative duties for 30 days, according to a CPD statement.

But the statement does not indicate exactly where the shooting occurred. Crime scene tape cordoned off Harvard between 65th and 66th streets as detectives and evidence technicians gathered near the shooting scene for hours.

However, no markers for shell casings were visible from outside the taped off area, near a small apartment building.

Jennifer Fulton, who lives in the area, said problems at that building have been allowed to persist, including issues with drugs and fire safety. A neighbor in the block has even complained to local Ald. Jeanette Taylor, Fulton said. 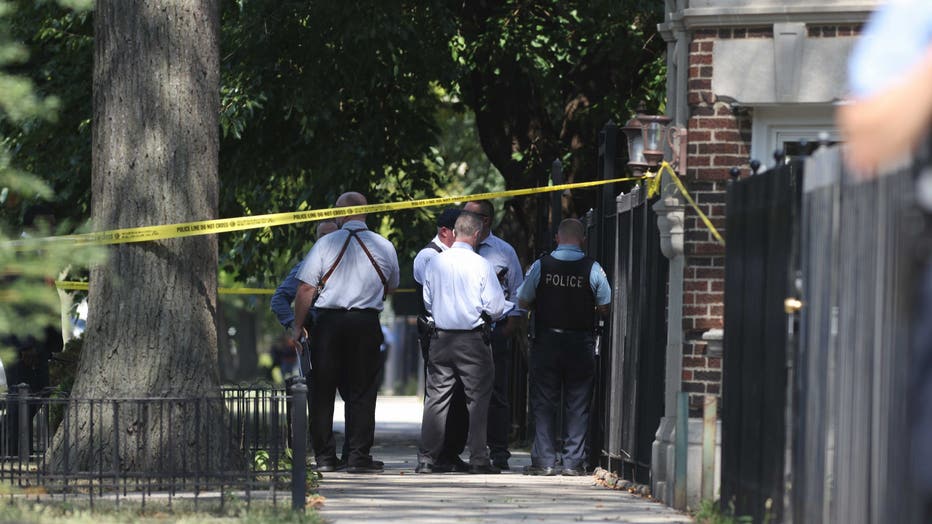 Taylor declined to comment Sunday, responding to a voicemail message with a text saying that she had the flu.

The Civilian Office of Police Accountability, the independent agency charged with probing police shootings, confirmed in a tweet Sunday afternoon that its investigators had also responded to the shooting. COPA urged anyone with information about the shooting to call (312) 746-3609.

Neighbors on Harvard said their immediate area in Englewood is largely peaceful. The building where the shooting erupted has, however, developed a bad reputation among other residents.

Fulton and another neighbor, Eddie Clemons, both recalled that a hostage team responded to the same building in August 2019, prompting police to shut off traffic on multiple blocks.

In that incident, officers also responded to a domestic disturbance involving a man with a knife, police said at the time. The man, 25 at the time, told officers through a window that he would not come out.

After a SWAT team responded to the scene and negotiated with him for several hours, he was taken into custody and brought to a hospital for an evaluation, police said. No one was hurt, but the incident remained fresh in the mind of some neighbors.

"They always have problems," Fulton said. "It needs to be shut down. … It’s chaos."

Still, Clemons said the news of the shooting was especially shocking "because you don’t get police activity on this block like this."

"It’s right up the street that my kids go to. This is a school right here," he said, pointing to the Academy of St. Benedict, just steps from the apartment building.