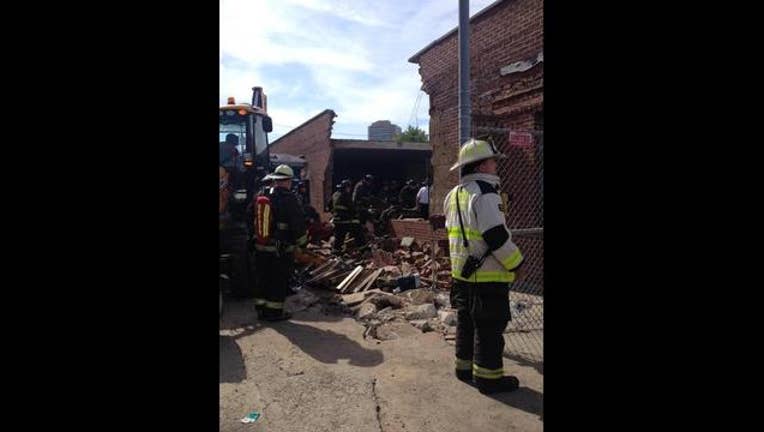 CHICAGO (STMW) - A 46-year-old construction worker from the southwest suburbs was killed when a Bronzeville building collapsed while crews were removing roofing materials without city permits, officials said.

When crews arrived, they found a man trapped under rubble from the wall and ceiling, and it took 45 minutes to remove him, Hernandez said. Police said he was a construction worker.

The man, later identified as Daniel Miller, was taken to Mercy Hospital and Medical Center, where he was pronounced dead at 12:56 p.m., according to the Cook County medical examiner’s office. He lived in the 9900 block of South Nottingham Avenue in Chicago Ridge.

According to a statement from the city’s Department of Buildings, workers were removing roofing materials without proper city permits. Officials are looking into the cause of the collapse.

Pershing was closed between Vincennes and King until about 6 p.m. as crews cleared the scene.