Chicago plans to upgrade all protected bike lanes with concrete barriers by the end of 2023 in what officials call "the biggest expansion and upgrade of low stress bikes routes in city history."

CHICAGO - Chicago plans to upgrade all protected bike lanes with concrete barriers by the end of 2023 in what officials call "the biggest expansion and upgrade of low stress bikes routes in city history."

All remaining protected bike lanes will be upgraded to have concrete barriers by the end of 2023, CDOT said in a news release.

"Public safety is not only about our emergency response departments, it's also about creating infrastructure that makes the public way safer for all," said Mayor Lightfoot. "By leveraging funds from the Chicago Works Capital Plan, we are excited to kick off the largest bike lane upgrade the city has ever undertaken."

CDOT Commissioner Gia Biagi said the use of concrete curbs will be "the standard for new protected bike lanes" in the city. 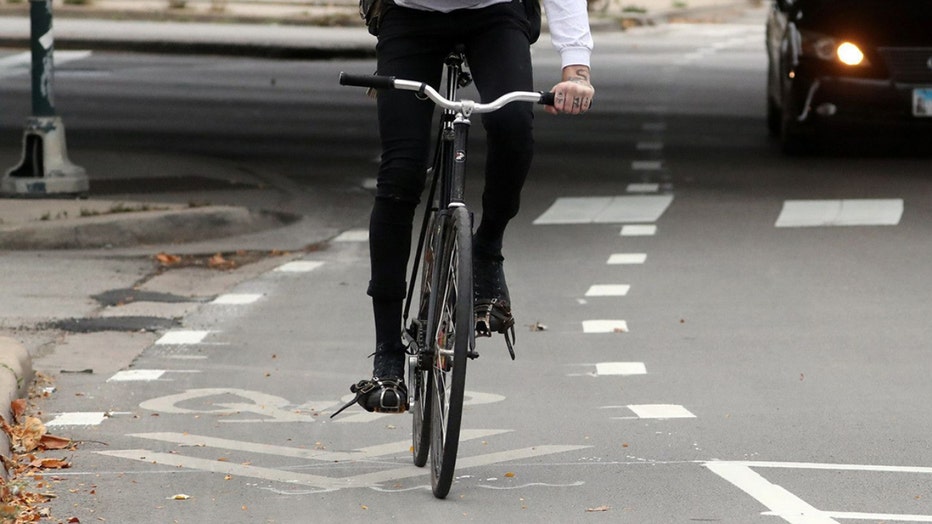 A cyclist is seen in a bike lane on Logan Boulevard east of Western Avenue in Chicago on Oct. 4, 2021. (Terrence Antonio James/Chicago Tribune/Tribune News Service via Getty Images / Getty Images)

"Barrier protected lanes are the best way to make biking a safer and more comfortable transportation option for everyone, and this year we’re adding more than ever," Biagi said.

CDOT will begin installing new concrete curbs this week along Kinzie Street between Milwaukee Avenue and Wells Street, according to the agency.

Among the bike lanes that will receive concrete barrier curbs this year include:

By the end of this year, CDOT will have added more than 125 miles of new bikeways to the system since 2020, the agency said.

The project is being funded by Lightfoot's Chicago Works capital plan, the agency said.