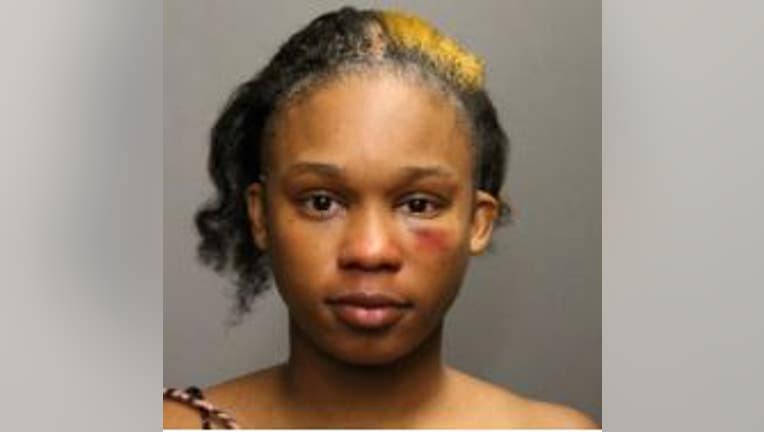 CHICAGO - A Chicago woman has been charged with stabbing three people during a fight Sunday.

Lakendra Porter, 24, is charged with three felony counts of battery causing bodily harm and one misdemeanor count of reckless conduct.

Porter allegedly got into a fight with two other women and a man in the 1000 block of West Belmont Avenue on Sunday, police said.

She allegedly pulled out a knife and began swinging it at the group.

A 28-year-old woman suffered stab wounds to the chest, arm and back. She was taken to Advocate Illinois Masonic Medical Center where she was listed in serious condition.

3 shot in Lake View, one of several violent incidents overnight

Three people were shot, three more were stabbed and a Chicago police sergeant was hospitalized in separate incidents over the span of several hours late Sunday into early Monday in Lake View East on the North Side.

A 20-year-old man was stabbed once in the back, and a 35-year-old woman was stabbed in the buttocks, police said. They were both taken to Advocate Illinois Masonic Medical Center with non-life-threatening injuries.

Porter attempted to flee the scene, but was quickly taken into custody and charged accordingly.