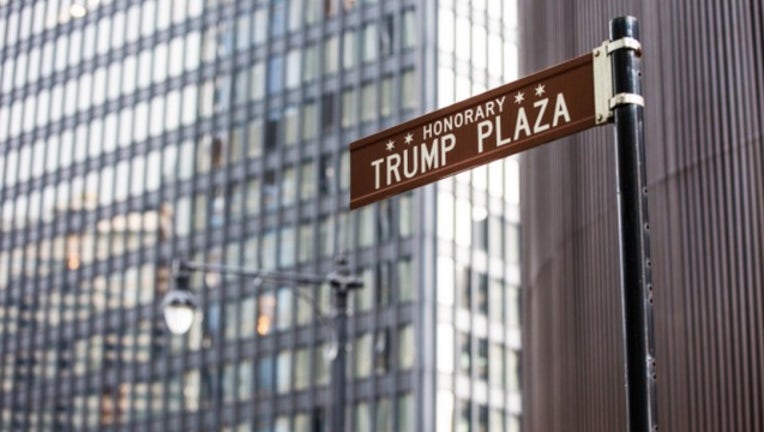 SUN-TIMES MEDIA WIRE - City workers removed the two remaining honorary “Trump Plaza” street signs near the President-elect’s riverfront hotel and condominium tower over the weekend, putting an exclamation mark on officials’ decision to slight Donald Trump in retaliation for painting the city as a dystopian “war zone” on the campaign trail, the Chicago Sun-Times is reporting.

Crews took down the signs “in the normal course of business” about 8 a.m. Sunday from their posts at intersections along Wabash at Hubbard and Illinois, according to Michael Claffey, public affairs director for the city’s Department of Transportation. A third sign about half a block south of Hubbard was stolen in October.

The city council voted in November to strip the honorary designation from Trump, who will be inaugurated on Jan. 20. Downtown Ald. Brendan Reilly (42nd) led the effort to remove the signs.

“When he gets up there on the national stage and trashes Chicago basically telling folks not to visit this great city, he’s actually making it harder for us to solve our public safety problems by investing in more cops because we need more revenue,” Reilly said after the vote. “That’s why he’s losing his honorary street sign.”

Requests for comment from the President-elect’s office were not immediately returned Tuesday night. Chicago Trump supporters have called the effort a waste of lawmakers’ time.

Claffey said he didn’t know what was done with the signs after they were removed.