Chicago's cherry blossoms are just days away from full bloom

More than 160 cherry trees are blooming in Chicago along the Columbia basin behind the Museum of Science and Industry at Jackson Park.

CHICAGO - More than 160 cherry trees are blooming in Chicago along the Columbian Basin behind the Museum of Science and Industry in Jackson Park.

While they're not in full bloom yet, once their white and pink petals are out, the clock is ticking until they fall off.

That's expected in the next couple of days and, according to the Chicago Park District, will last only three to eight days.

Regular visitors to The Garden of the Phoenix, as it is called, flock there to take in the view and take pictures when the trees are in bloom.

For many people in Chicago, it's a must-see event and tops the list of places to take out of town visitors. 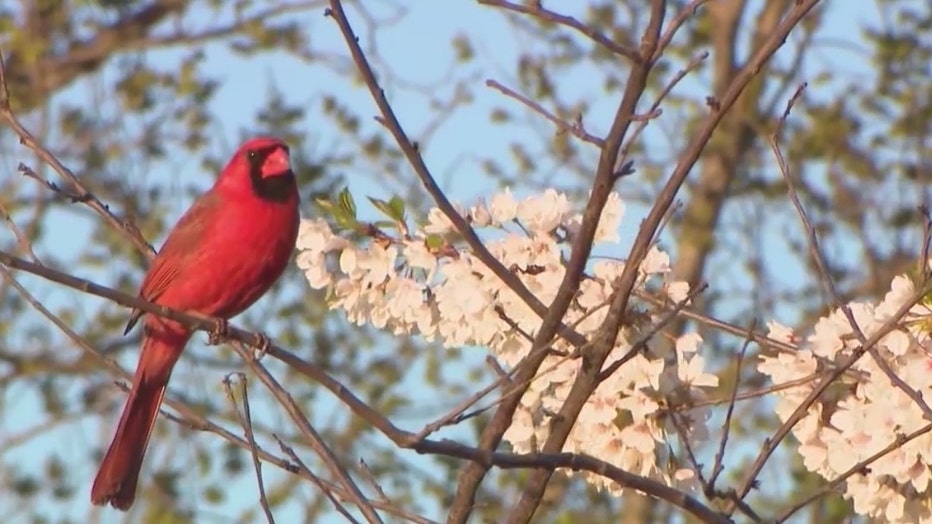 "I teach at the University of Chicago and Alexia is visiting for a talk," said Ali Doostdar as he walked through the park with the woman. "I thought she absolutely has to see this."

"I was here just a few days ago taking pictures when it was in the 70's and everybody was dressed up and taking pictures. It was really nice. But yeah, when we have out-of-town visitors I try to bring them here. I tell people come in April see the blossoms."

"They're spectacular. I'm glad I caught them while I was here," said Alexia Williams, who is visiting from Champaign.

Another woman admiring the trees said she has monitored the website for weeks.

"For the past three weeks I've been watching the website," said Cassie Mets. "I've always loved cherry blossoms. I went to DC when I was a little kid and loved them since. Then I went and saw them in Japan in the spring a few years ago. And so when they bloomed here, I was excited."

The Chicago Park District said it plans to add more than 100 new trees this year.