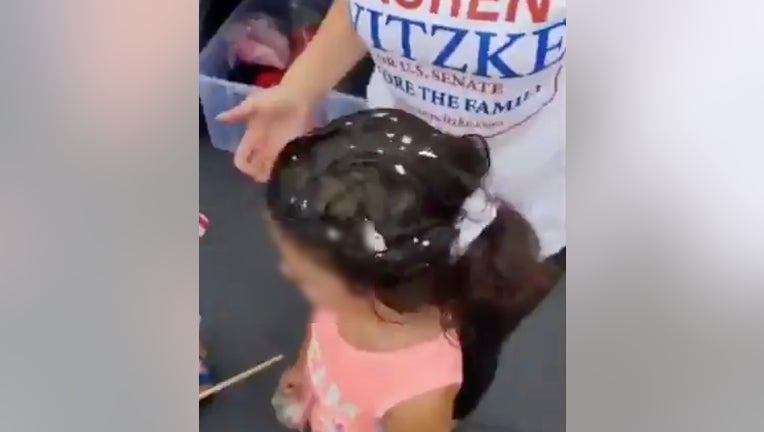 WILMINGTON, Del. - Delaware State Police are asking for the public's assistance in identifying suspects they say threw raw eggs on people, including children, during a political rally in Wilmington.

The incident occurred on Sunday around 1 p.m. at the Crossroads Restaurant on the 4500 block of Kirkwood Highway.

Troopers responded to the scene to find that three children, ages 5, 7, and 10 were among six people struck by raw eggs while attending the Republican political rally. The three others that were struck ranged in age from 41 to 70.

Police say the victims were standing on a concrete wall adjacent to the highway when they were stuck by eggs thrown by three males hanging out the window of a passing vehicle.

Republican candidate for U.S. Senate Lauren Witzke tweeted video of the aftermath showing a child with eggs in her hair.

The suspects have been described as males approximately 20-25 years old and riding in a gold or white SUV.

Anyone with information regarding the identity of the three suspects are asked to please contact Trooper Batschelet of Troop 6 by calling (302) 633-5000.