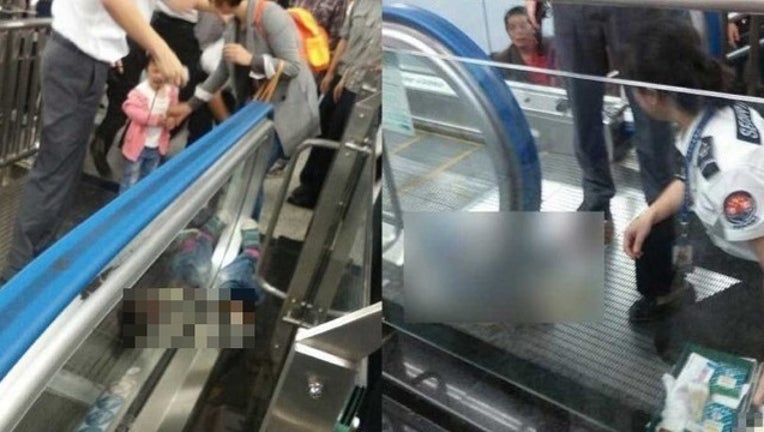 A 4-year-old Chinese boy died Thursday after getting trapped underneath the handrail of an escalator at a train station, according to local media.

The boy, who had been playing near the escalator at the Chongqing station, got stuck beneath the moving handrail and the ground, Asia One reported, citing Chinese news portal NetEase.

Workers managed to remove the boy from the area, but he died while heading to a local hospital, reports said. The cause of death was not revealed.