SAN FERNANDO VALLEY, Calif. - The California Highway Patrol was in pursuit of a dark-colored sedan Tuesday afternoon in the San Fernando Valley area.

The pursuit began around 12:30 p.m. after CHP officers received reports of a reckless driver heading eastbound on the 118 Freeway in Moorpark.

The CHP reported that at times, the vehicle was clocking in at over 100 miles per hour and was seen driving over the center divider.

The driver was seen driving erratically on the 118 and 210 Freeways.

The vehicle exited the freeway at 118 and DeSoto and CHP officers attempted to get the driver to safely exit the vehicle. The driver did not comply with the officers' commands and took off again. 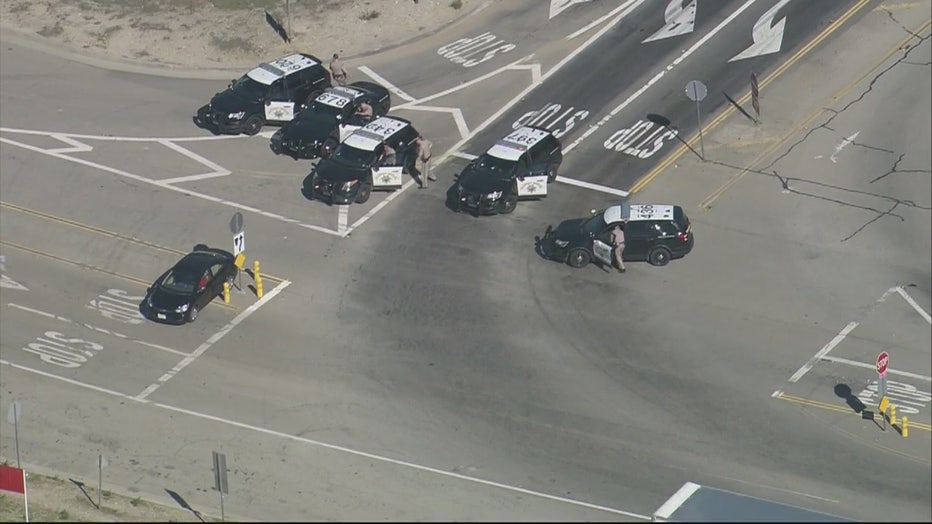 Due to the driver's speed and the danger to the public, the CHP called off the pursuit and opted to use air support to follow the driver.

After a short while, the driver pulled into the parking lot of America's Tire, located at 6515 Topanga Canyon Blvd in Canoga Park, where she was taken into custody by CHP officers.

The driver's name was not released. She was the sole occupant of the vehicle.