The family of an elderly disabled woman says they are in shock after the city towed and destroyed the woman’s car.

CHICAGO - The family of an elderly disabled woman says they are in shock after the City of Chicago towed and destroyed the woman’s car.

Now, their federal lawsuit against the city has been granted class action status, meaning thousands of others could possibly join in.

When Lisandra Velez wheeled her mom, 69-year-old Andrea Santiago, out of their Northwest Side home, they were stunned to find that Santiago’s van parked in front of the house was gone, along with the $10,000 wheelchair lift inside.

“She just thought her car had been taken. And when she found out it’s crushed, she was crushed. She was crushed. That was her only way out of this house,” Velez said. 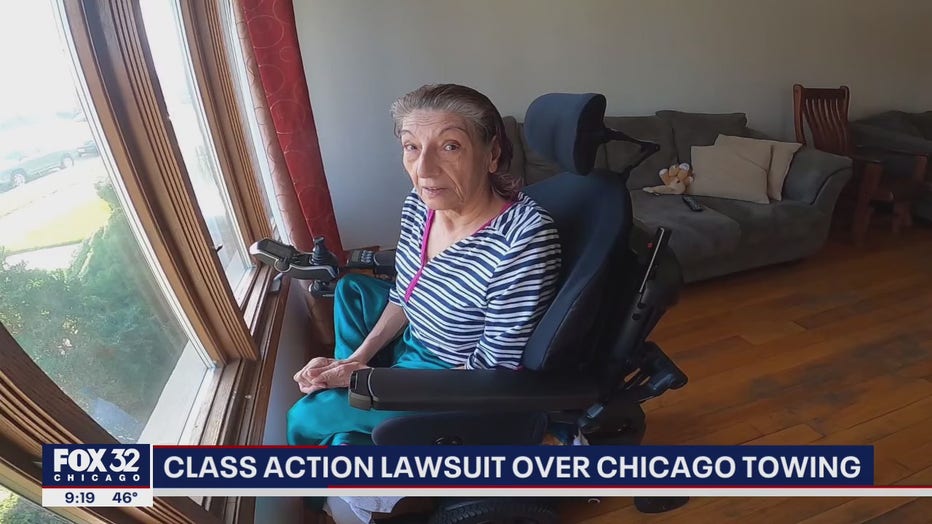 According to a lawsuit filed by Santiago, a city worker towed the car without trying to track down its owner.

“Someone from the city unilaterally determined that it was abandoned. They never sent her anything by mail in advance. They just came and took it from her,” said attorney Jacie Zolna.

Zolna says he has discovered that what happened in this incident is standard practice for the city, which is why earlier this week a federal judge granted class action status to the lawsuit, meaning potentially thousands of others can now join in.

“This suit could’ve been settled for a few thousand dollars a year ago,” Zolna said. “And now it’s going to cost them $1 million.”

In a statement, a spokesperson for Chicago’s law department says: “The city respectfully disagrees with the judge’s ruling and will continue to defend the case vigorously. The city provides ample notice concerning the towing of these vehicles, including a sticker on the car before it’s towed and two notice letters afterwards.”

But Velez says they never saw a sticker and didn’t get notice what happened to the car until 10 days after it disappeared.

“That’s all we ask. Proper notification. And I don’t think we’re asking much,” Velez said.