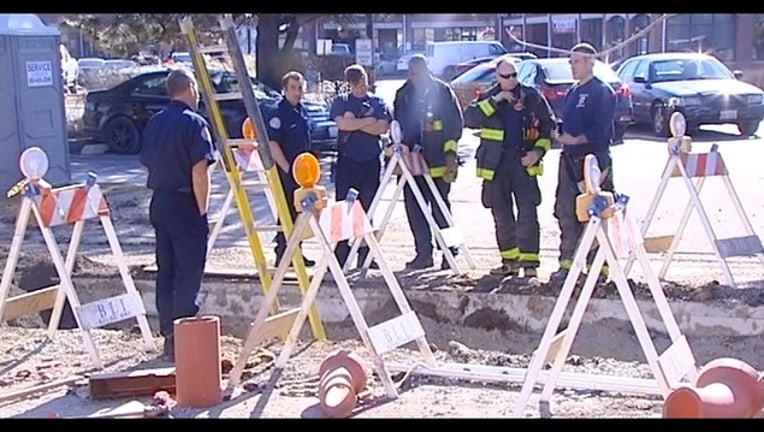 A 46-year-old worker was critically injured Monday afternoon on the Northwest Side. | Network Video Productions

SUN-TIMES MEDIA WIRE - A city worker was killed when a trench collapsed on him Monday afternoon in the Forest Glen neighborhood on the Northwest Side, officials said.

Shortly after 1 p.m., the 41-year-old bricklayer was working in a trench where a sewer line was being replaced near Sauganash and Keeler when the trench caved in, according to the Chicago Department of Water Management.

The man was taken to Saint Francis Hospital in Evanston, where he died, police and fire officials said. He was identified as Konrad Tucharski by water management spokesman Gary Litherland.

“Our sympathies and prayers are with his family and friends,” Litherland said.

Area North detectives are investigating the death as the water department probes the cause of the collapse.

Illinois OSHA is also investigating the fatality, according to a statement from the agency.

“We express our deepest condolences to the victim’s family and friends. As this is an open case, we cannot comment further,” the statement said.