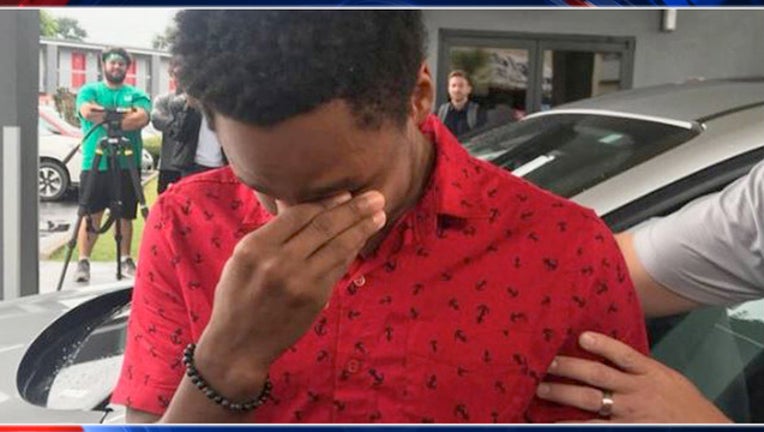 PELHAM, Ala. (AP) — An Alabama college student whose car broke down just before his first day of work made the 20-mile (32-kilometer) journey on foot, a feat that earned him fame — and a new car.

News outlets report that hours before his first day working for Bellhops movers, Walter Carr set out from Homewood at midnight, making it to Pelham by 4 a.m. Friday.

There, he encountered Pelham police officers, who took him to breakfast and dropped him at his assignment.

Client Jenny Lamey says Carr declined her offer to rest, instead getting straight to work. Impressed by the Hurricane Katrina refugee’s work ethic, she started a GoFundMe that’s raised more than $6,600.

When Bellhops CEO Luke Marklin learned about his new employee, he drove his own car from Tennessee on Monday to surprise Carr with it.