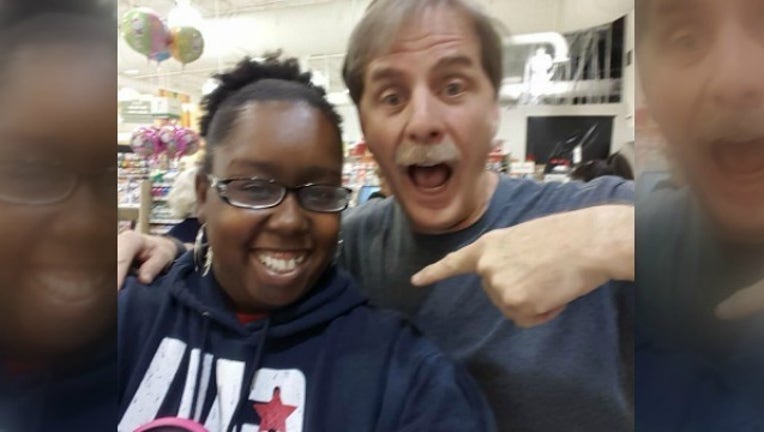 JOHN'S CREEK, Ga. - It was a busy Saturday afternoon for a Buford mother of three, Robin McFadden.

“I was coming from my son's basketball game with my three sons and decided to go couponing at Publix in John's Creek,” McFadden explained to FOX 5.  “I was at the register and between me worrying about my items and the kids fussing, I didn't even know that Jeff Foxworthy was standing behind me.”

McFadden overheard a man asking the cashier, “How much is she short?” McFadden said that she turned and gasped and that the man ended up being comedian Jeff Foxworthy.  “He laughed, walked around me, put his card in the machine and said ‘watch this.’  I told him that he was going to make me cry, gave him a hug, thanked him and took the photo!”

“He was such a great guy and I was so happy and lucky to have met him,” said McFadden.

The grocery bill was approximately $25.00 that Foxworthy paid.

McFadden told FOX 5 that she made a few donations last week to a friend in need and that her run-in with the comedian was “good karma.”