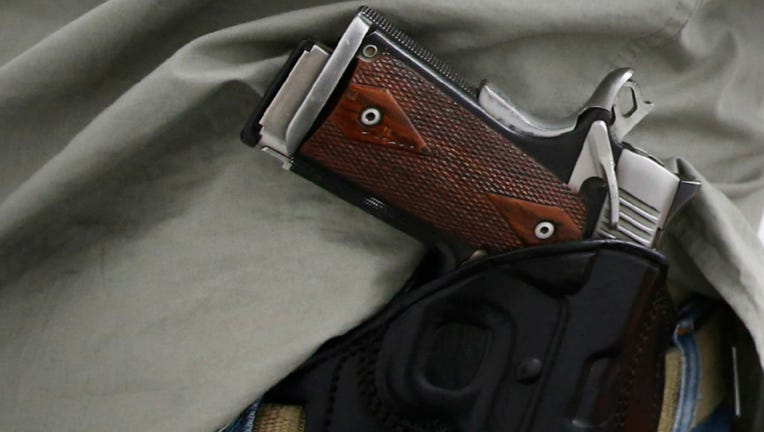 CHICAGO - A concealed-carry license holder shot a man Friday after someone shot a woman he was with in River North on the Near North Side.

The 22-year-old man was driving east about 2:55 a.m. in the 100 block of West Superior Street when two white sedans boxed him in, according to Chicago police. A man got out of one of the cars and fired multiple shots.

A 21-year-old woman riding in the boxed-in vehicle was hit in the leg and arm, police said. The driver, who has a valid FOID card and concealed-carry license, returned fire and hit a man from the shooter’s car in the leg.

The victims drove off but the suspects found them again and side-swiped their vehicle in the 100 block of West Huron Street, causing it to hit a building, police said. The woman was taken to Northwestern Memorial Hospital in fair condition.

The 23-year-old man who was with the suspects was dropped off at Lurie Children’s Hospital and transferred to Northwestern in fair condition, police said. The other suspects are not in custody and it was not immediately clear who fired at the victims.

Police said charges may be pending against the 23-year-old. Area Three detectives are investigating.