The estranged daughter-in-law of Cook County Board President Toni Preckwinkle has been charged in connection with a murder in Atlanta.

CHICAGO - The estranged daughter-in-law of Cook County Board President Toni Preckwinkle has been charged in connection with a murder in Atlanta.

Ronisha Preckwinkle, 40, was arrested on July 10 in connection with the murder of missing 23-year-old Mirsha Victor. Police say she helped carry out the murder on July 8.

Investigators discovered the remains of two people in a wooded area behind a Georgia shopping center. The Henry County Medical Examiner's Office says one of the two remains belongs to Victor.

Two other men were also arrested in connection with Victor's murder. Police say Ronisha Preckwinkle allegedly removed items from the apartment where the murder took place. 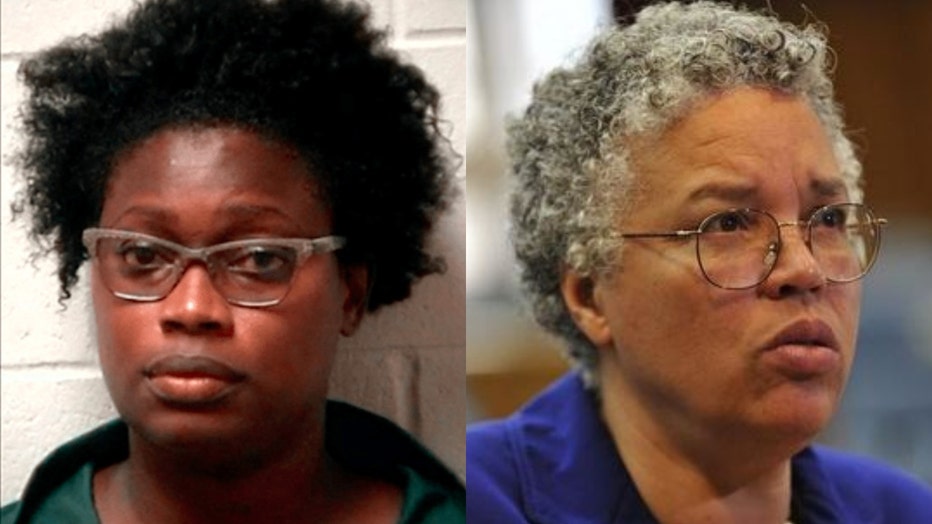 The cause and manner of Victor's death have not been determined. Authorities have not identified the second set of human remains.

Ronisha Preckwinkle is married to Kyle Preckwinkle, the son of Toni Preckwinkle. According to the Chicago Sun-Times, the two separated earlier this year.