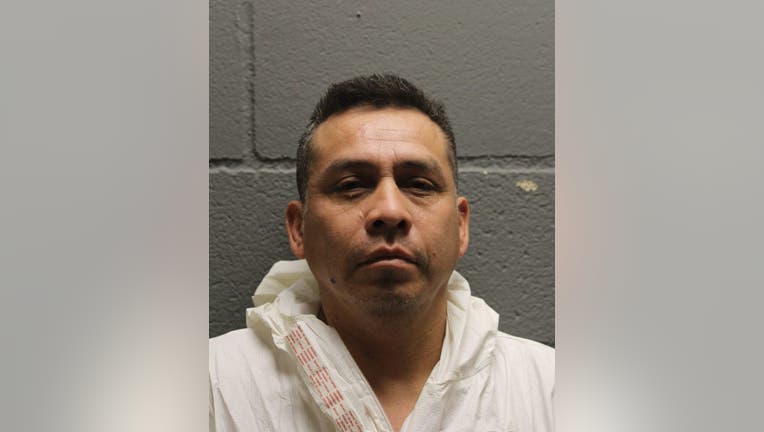 COOK COUNTY, Ill. - A 47-year-old Cook County man has been charged with fatally stabbing his roommate.

Miguel A. Gonzalez Lopez, of Palatine Township, has been charged with murder and aggravated battery/use of a deadly weapon.

At about 9 p.m. Wednesday, police responded to a report of a battery in the 2400 block of Randall Lane in unincorporated Palatine Township

Upon arrival, officers say they encountered Lopez, who had blood on his hands and clothes.

He was taken into custody.

Officers found Antonio Gomez Torres, 50, stabbed in the apartment. He was pronounced dead at the scene.

While investigating the stabbing, detectives learned that Lopez had been drinking with his brother and Torres when an argument ensued between the suspect and the victim.

Lopez then allegedly stabbed the victim.

When Lopez's brother tried to intervene, Lopez turned the knife toward him, police said.

Fearing for his life, the brother fled the scene and called 911.