WARNING: Some may find the photo in this story graphic/disturbing.

FORD HEIGHTS, Ill. — The Cook County Sheriff’s Police is asking for the public’s help in identifying a man found injured in the suburbs.

On Monday around 5:20 p.m., officers responded to the 1400 block of 14th Place in Ford Heights where they found a man lying on his back and bleeding from his mouth.

Officers learned the man might have been pushed out of a moving vehicle, possibly a silver Toyota Camry, according to police.

The man was not carrying any identification and could not speak to officers at the scene, police said. 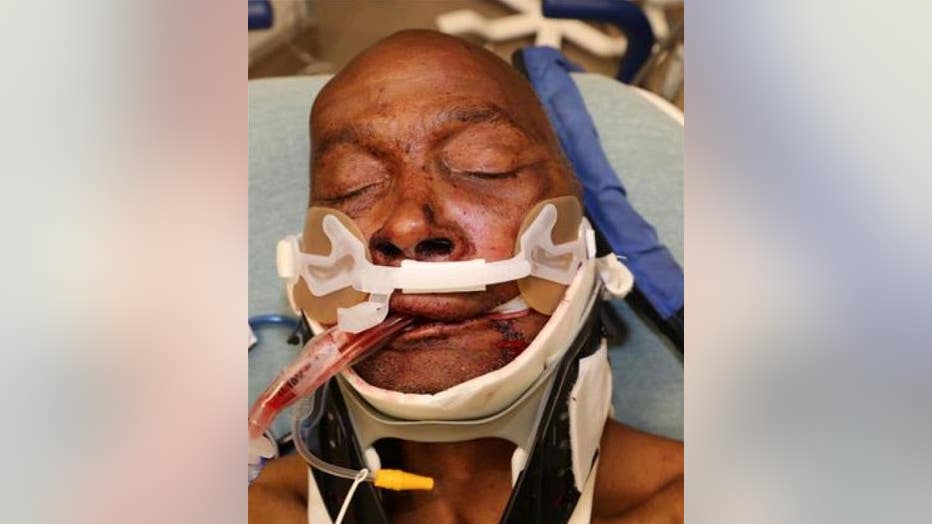 The man is hospitalized and has not been able to identify himself to detectives. He is described as a Black man, possibly 40 to 50-years-old, with a thin build, wearing dark work boots, a Chicago Cubs button-down jersey and dark pants.

Anyone with information is urged to contact Cook County Sheriff’s Police at 708-865-4896.