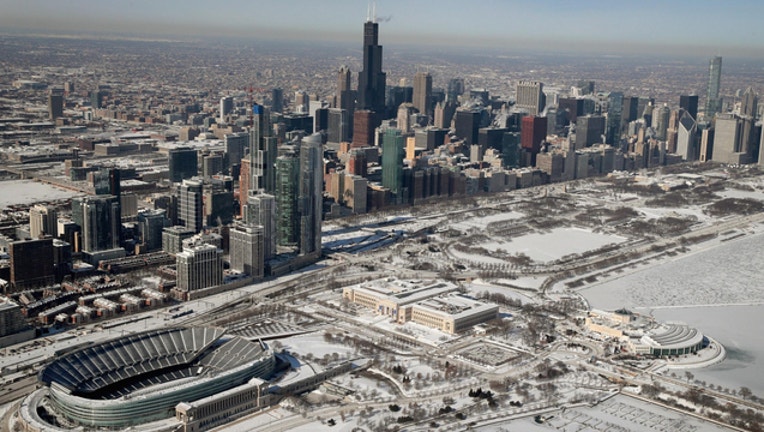 CHICAGO (Sun-Times Media Wire) - At least 50 people have died from causes related to cold exposure this season in Cook County.

The most recent death to be ruled cold-related was a man found in West Garfield Park.

Dewayne Blunt, 56, was found last month on the ground in an abandoned home in the 4200 block of West Adams Street, Chicago police and the Cook County medical examiner’s office said.

Someone had called 911 on March 25 to report a dead body in the building, police said. Blunt, who lived in the same block, was pronounced dead at the scene.

An autopsy released Tuesday found he died of fentanyl toxicity with cold exposure as a contributing factor, the medical examiner’s office said.

Three other deaths partially related to the cold were announced on Tuesday.

An 81-year-old man died of heart disease and cold exposure in Edgewater, the medical examiner’s office said. The man, who remains unidentified, died on March 15 in the 1000 block of West Foster Avenue.

Earlier in the season, another man died of substance abuse with cold exposure as a contributing factor. Esteban Cruz, 50, died on Feb. 25 in the 2500 block of 21st Street in Little Village.

On Jan. 17, a 60-year-old man died in the cold in Little Village. Carlos Sanchez, was pronounced dead about noon in the 2800 block of West Central Park Avenue, the medical examiner’s office said.

Last season, 47 deaths were found to be at least partially related to cold exposure between Oct. 1, 2017, and April 1, 2018, the medical examine’s office said. More than 300 people have died of cold-related causes in Cook County since 2006.