The Cook County Sheriff's office is hoping to turn to technology in order to cut down on the rise in carjackings.

CHICAGO - The Cook County Sheriff's office is hoping to turn to technology in order to cut down on the rise in carjackings.

Sheriff Tom Dart pushed for an agreement on Friday to use tracking devices on newer model vehicles to make it easier to find them if they've been stolen.

In a letter sent to major U.S. auto manufacturers, Dart asked for more collaboration to address carjackings and suggested automakers create a free hotline that customers and law enforcement can contact to request a stolen vehicle's location.

"Automakers can be part of a long-term solution to the rise in this incredibly serious crime," Dart said. "We believe they will want to be part of that solution, and we look forward to meaningful conversations and actions."

Dart also proposed a new agreement that would allow police instant-access to the tracking information as soon as a car is reported stolen. 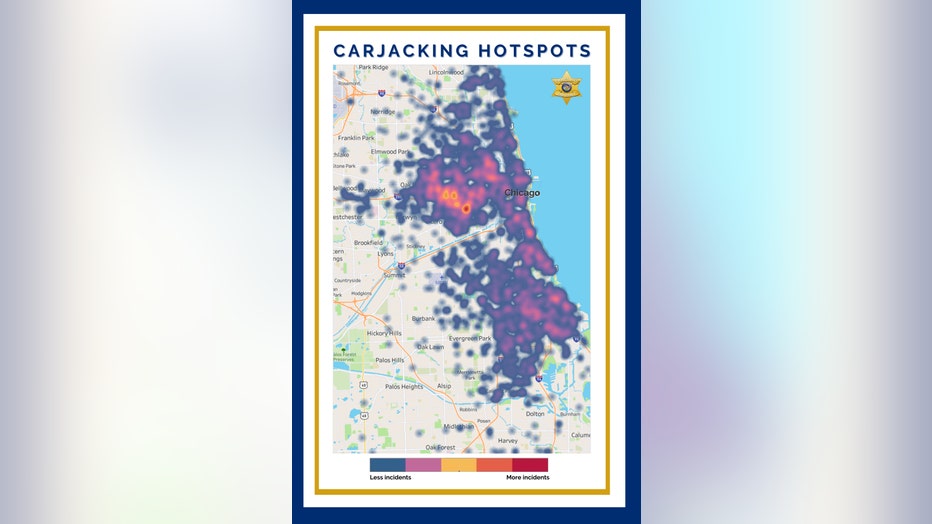 By signing a consent form created by the sheriff's office, car owners would grant permission to law enforcement to access tracking information in the event their vehicle is stolen. By doing so, police say they can work more quickly with auto companies to locate the vehicle.

"This will help recover vehicles sooner, quite possibly with the offenders still at the wheel, making it easier to get criminal charges. This will also help prevent the cars from being used in other crimes," Dart said. 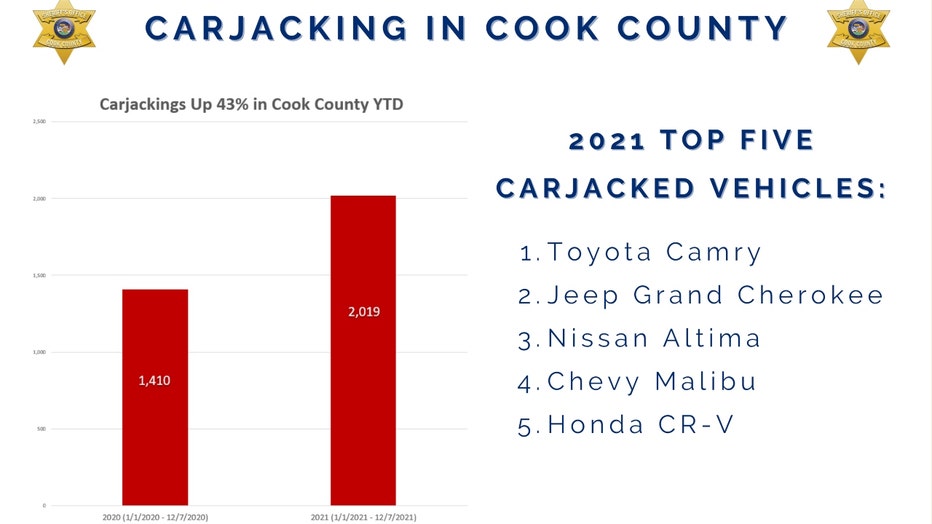 Motorists can also display a new awareness sticker on their vehicle that lets would-be criminals know the vehicle is trackable. The stickers will be available at courthouses and sheriff's police stations.

Dart also said there's one thing motorists can do to keep themselves from becoming victims, and it also involves technology.

"Number one thing that keeps coming up over and over again, if people would just get off their phones," Dart said. "Because you literally are putting a target on yourself that you're a victim because you're completely unaware of anything going on around you."

Dart said any time you're in your vehicle, it's a good idea to be aware of your surroundings.

Carjackings have risen by approximately 43% in Cook County in 2021 compared to the same period last year, Dart said.