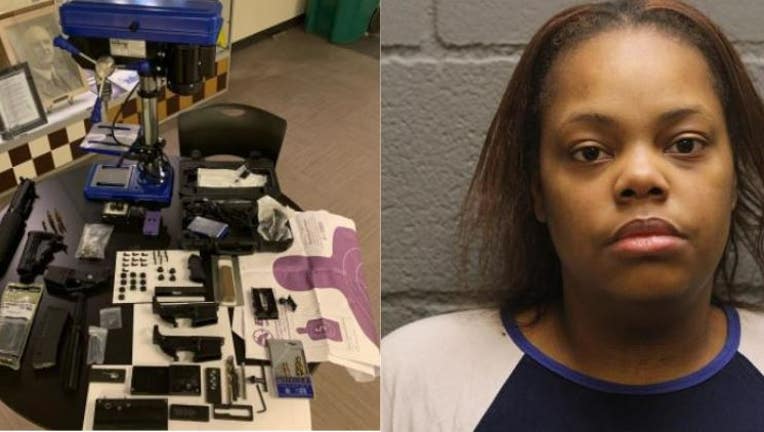 MARKHAM, Ill. - A Mar/.kham woman has been charged after packages with parts that create switches to convert Glock handguns to fully automatic weapons were delivered to her residence.

Leana Viverette, 22, has been charged with unlawful use of a weapon.

At about 2 p.m. Wednesday, police and Homeland Security Investigators executed a search warrant after packages were delivered to a residence in the 16400 block of South Homan Street in Markham.

Viverette was taken into custody.