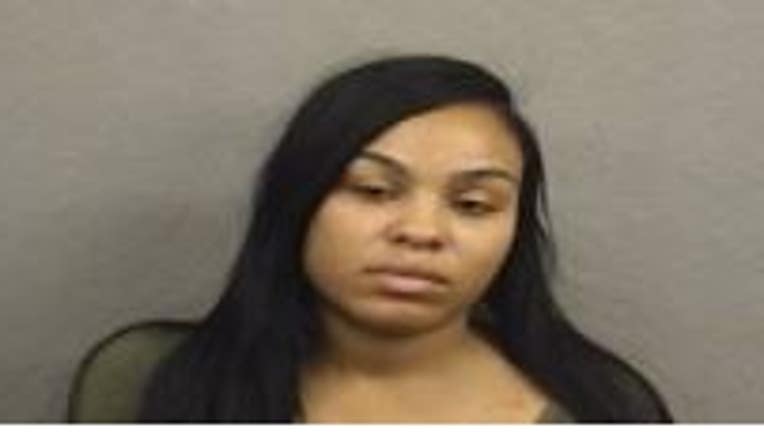 COOK COUNTY, Ill. - A Country Club Hills woman has been charged after a fiery crash on Interstate 57 left one person dead.

Mika R. Hampton, 27, is charged with aggravated driving under the influence resulting in death and reckless homicide.

At about 2:54 a.m. on Oct. 31, Illinois State Police District Chicago officials investigated a traffic crash that involved four motor vehicles on I-57 southbound at 127th Street.

A vehicle was reversing northbound in the active lanes of southbound traffic to help occupants that were involved in a property damage crash on the left shoulder, ISP said.

A black Audi, driven by Hampton, was traveling southbound at 127th Street and struck the rear end of the vehicle that was reversing.

The driver of the vehicle sustained life-threatening injuries and was transported to the hospital where they were pronounced deceased.

Hampton was transported to the hospital with non-life-threatening injuries.

The occupants of two vehicles on the left shoulder were uninjured, police said.

Hampton was taken into custody Tuesday, and released on a bond set by the court at $50,000.

No further information was provided at this time.