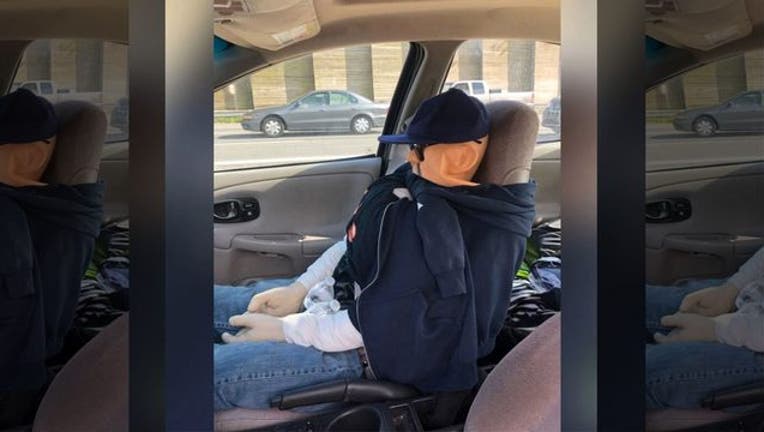 The Suffolk County, N.Y., highway patrol officer spotted something suspicious-looking in a 2002 Saturn cruising in the HOV lane of the Long Island Expressway during the Monday afternoon rush and pulled the car over.

Sure enough, the ball cap and sunglasses-wearing front seat passenger was a dressed-up dummy. The full-size figure was sporting an ill-fitting rubber mask, hoodie, jeans and holding two bottles of water in his lap.

The driver was issued a $150 ticket for illegally using the HOV lane on the famously busy road, but the offense occurred in a zone where it is a no-points violation.

It wasn’t the first time something like this has happened on the L.I.E. The Long Island Press rounded up half a dozen similar incidents, including one where the driver built a passenger out of wood.