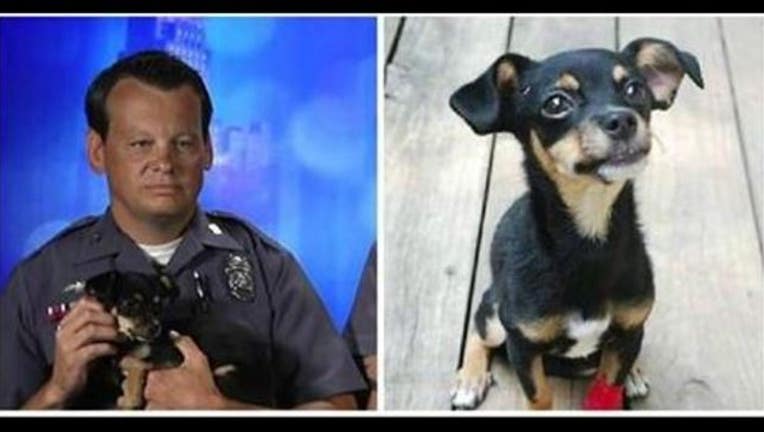 (FOX NEWS) -- A Kansas City police officer surprised his daughters by adopting the puppy that he and his partner saved from a hot car.

Officers Jerry O’Rear and Erik Winter saved the 4 pound, 6-month-old puppy from the brink of death after he was locked in a hot car for nearly two hours.

The officers smashed in the car’s back window and found the puppy severely overheated and convulsing. His body temperature was at 107.7 degrees when he was taken to a nearby PetSmart for treatment.

“It was something that you really couldn’t prepare to see. It was pretty terrible,” O’Rear recalled.

But O’Rear didn’t stop at saving the dog’s life. He decided to adopt the dog to make sure that the puppy never had to go through such an ordeal again.

“They had no idea, it was a total surprise to them,” he said.

The O’Rear family has not yet named the puppy.