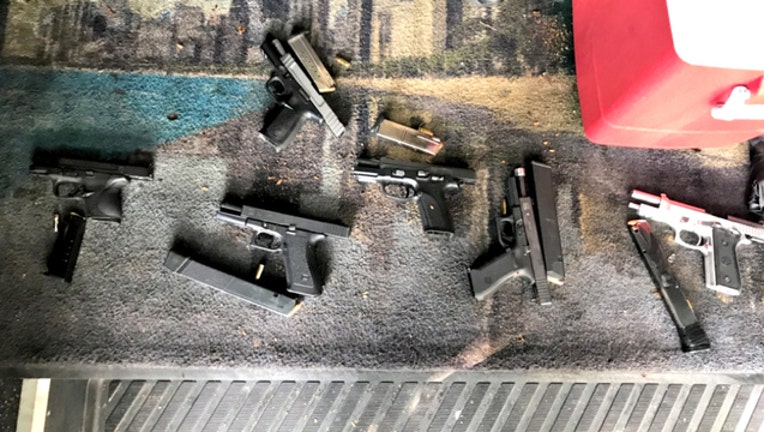 CHICAGO (Sun-Times Media Wire) - No one was arrested after police uncovered six handguns during a search of a party bus early Tuesday on the Far South Side.

Members of an Area South gang unit stopped the bus about 3 a.m. in the 2500 block of West 115th Street, according to Chicago police. After the driver gave the officers permission to search the bus, multiple people got off the bus and the officers found the guns.

No one was taken into custody, police said.

No further information was immediately made available.