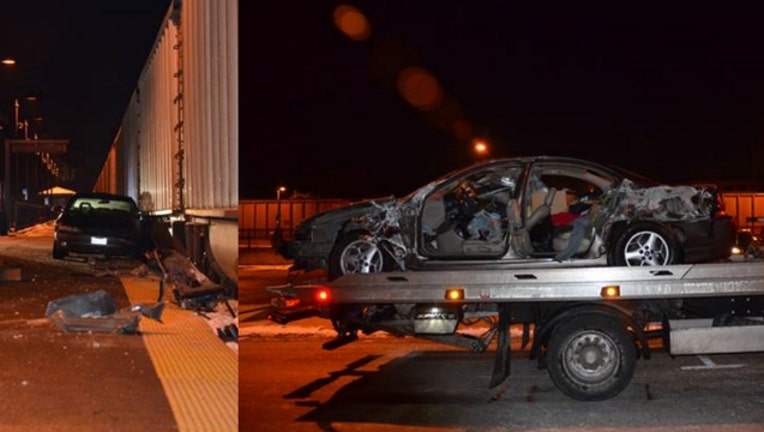 SUN-TIMES MEDIA WIRE - A man has been charged after he allegedly drove onto a Metra station platform early Wednesday in west suburban Lisle, causing his car to be struck by a freight train.

Brian J. Edwards, 47, of Lisle, was charged with driving under the influence of drugs after the incident, which happened about 1:45 a.m. at the train depot at 1000 Front St., Lisle police said.

Edwards drove his car onto the pedestrian platform and then tried to back up, police said. Video surveillance captured the driver’s side wheels of Edward’s car fall off the platform near the train tracks.

Edwards managed to get out of the car and off the tracks “seconds before a BNSF freight train crashed into his car,” police said. No injuries were reported.

Police said the steps and the handrails of the train were damaged when it struck the car.

Edwards was taken into custody at the scene and charged, police said. He was cited with trespass to railroad right of way, driving on the sidewalk and expired registration.

He was released after posting bond and was scheduled to appear in court Feb. 28, police said.