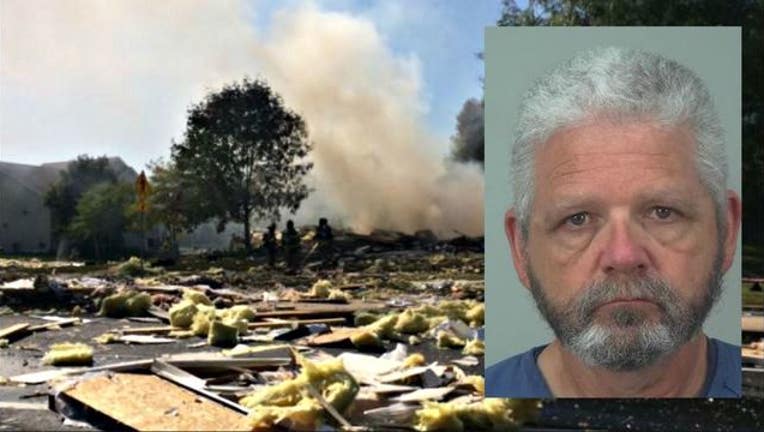 MADISON, Wis. (AP) -- Police have arrested a Wisconsin man suspected of killing his wife and blowing up their home to try to cover up the crime.

Pirus is accused of fatally shooting 50-year-old Lee Anne Pirus. Investigators believe she could have been killed months ago.

The house exploded and caught fire Wednesday. Her body was found Friday morning in the wreckage of the house. The Dane County medical examiner's office says she died from "homicidal firearm trauma."