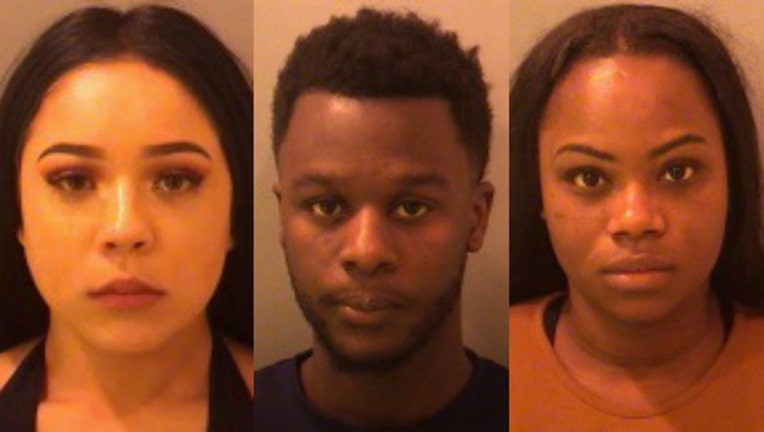 Police received several reports of credit card fraud on Wednesday from multiple Gurnee businesses, according to Gurnee police. The suspect descriptions in each report were similar, and a vehicle was identified that had been registered to a rental company.

Officials found the vehicle at a hotel with three people in one of the rooms, along with evidence and proceeds from the crimes, police said.

Police learned that the three had flown into O’Hare International Airport and rented the vehicle to drive to Gurnee with the sole purpose of committing crimes, police said.

Stephine JeanPhilippe, 22, Tariq D. Henderson, 21, and Elizabeth D. Garcia, 18, were all arrested and charged with four counts of identity theft and seven counts of altered or counterfeited credit cards.