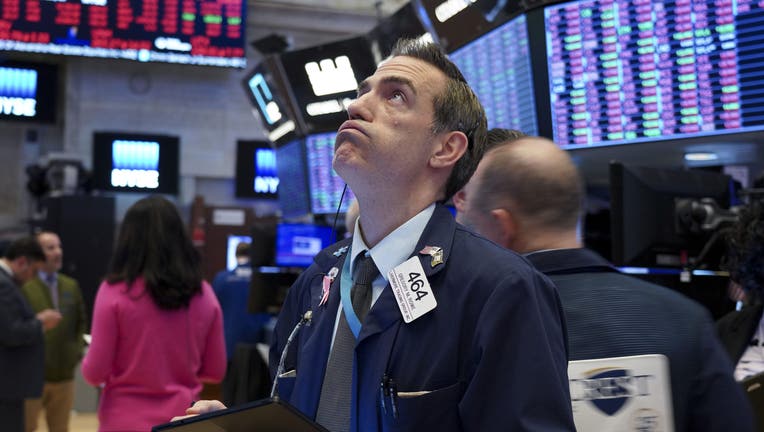 NEW YORK - Stocks plummeted Friday as worries over the fast-spreading coronavirus extended a global selloff that has U.S. equity markets on track for their steepest weekly decline since the 2008 global financial crisis.

The Dow Jones Industrial fell by as much as 808 points, or 3.1 percent, in the opening minutes of trading while the S&P 500 and Nasdaq Composite each dropped more than 3 percent.

The early losses come a day after the Dow Jones Industrial Average lost 1,190.95 points, the biggest single-day point drop in history. Six days of selling has battered U.S. markets, shaving 12 percent off the S&P 500 and tipping the index into the fastest correction in its history.

The coronavirus has infected at least 82,294 people globally and killed 2,804, according to the latest figures from the World Health Organization.

Looking at stocks, some of the hardest-hit sectors, including airlines, casino operators and online travel agencies continued lower.

Apple and Tesla, some of the market’s highest fliers earlier this year, remained under pressure after losing 15.5 percent and 26 percent, respectively, over the previous six sessions.

Oil majors Chevron and Exxon Mobil were weaker as West Texas Intermediate crude oil fell another 3.8 percent to $45.30 a barrel and was on track for its biggest weekly decline since 2009.

Gold miners were lower as the precious metal slid 1.4 percent to $1,619 an ounce.

On the earnings front, Beyond Meat said fourth-quarter revenue surged 239 percent from a year ago, but earnings missed Wall Street estimates.

Dell Technologies reported trade restrictions caused weaker demand for its server products in China and said it expects that trend to continue into the current fiscal year.

Big Lots reported disappointing quarterly earnings and warned the coronavirus will have an impact on the current earnings period.

Heavy buying of U.S. Treasurys pushed the yield on the 10-year note down 8.1 basis points to 1.186 percent. The yield touched a record low below 1.16 percent in overnight action.

In Europe, Germany's DAX tumbled 4.7 percent while Britain’s FTSE and France’s CAC was lower by 4.1 percent.