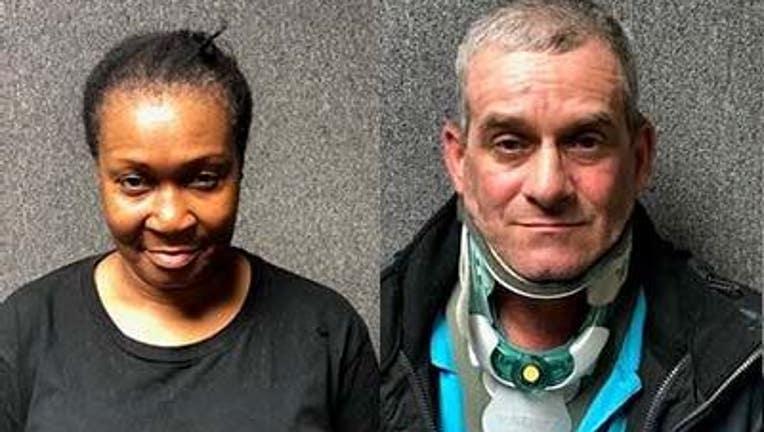 WHEATON - A husband and wife have pleaded guilty to stealing from a charity they set up to benefit veterans.

Todd Olshafski, 51, was sentenced to three years in prison Wednesday after pleading guilty to a felony count of use of charitable trust funds for personal benefit, according to a statement from the DuPage County state’s attorney’s office.

His wife, 60-year-old Priscilla Olshefski, was sentenced to 180 days in the DuPage County Jail and a year of conditional discharge March 6 after pleading guilty to the same charge, prosecutors said.

“Not only did Todd and Priscilla Olshefski take advantage of the generosity of DuPage County residents, they did so at the expense of veterans,” DuPage County State’s Attorney Robert Berlin said in the statement. “Thanks to the outstanding work of the Wheaton Police Department, we were able to put an end to this deplorable scheme and close down a so-called charity that served only the Olshefskis.”

The Olshefskis were initially arrested in May 2019 after a 10-month investigation into the Veteran’s Christian Network, a not-for-profit organization they created claiming to raise money for veterans, Wheaton police and prosecutors said.

The investigation began after Wheaton police received numerous complaints about the Olshefskis’ “aggressive soliciting tactics, intimidation and concerns surrounding the legitimacy of VCN as a not-for-profit organization,” police said. They were each charged with a felony count of misuse of charitable funds.

The couple was arrested in Florida in November 2019 after Todd Olshefski missed a court date several months earlier. They were extradited back to Illinois in January.

Illinois Attorney General Kwame Raoul’s office filed a lawsuit against VCN last year, alleging the couple withdrew at least $10,000 from the charity’s account to spend on personal expenses including rent, car payments and veterinary bills for their dog.

Priscilla Olshefski received credit for time already served in jail and was released at her sentencing hearing prosecutors said. Todd Olshefski will be required to serve at least half of his sentence before being eligible for parole.